When it comes to healthcare, one of the biggest changes of the 21st century has been the visibility of mental disorders, which were previously somewhat hidden and ill-understood. Despite what one might think, mental health issues do not only affect adults, but also affect children and adolescents. In this article we will talk about 8 common mental health problems, and we will see their impact on the Spanish population.

In this list we will include some well-known mental illnesses (at least in theory), and others that have come to the limelight in recent years. And remember that if you have any questions or need help for yourself or someone in your family, you can always check Caser health cover for psychology (Psychiatric specialists and individual psychological sessions).

Depression and anxiety, the most well-known disorders

These days, it is not uncommon for us to know someone who suffers from depression or to have heard of someone we know who does. Unfortunately, depression has spread like wildfire over the last century. Spain, despite having an excellent quality of life, also fares badly in the statistics regarding the number of Spaniards afflicted by depression.

According to the European Health Survey, in mid-2020 there were 2.1 million people with depression in Spain. Also, there is a gender imbalance, because more women than men suffer from depression in our country. If we talk about the most serious cases, we find 3 female cases for every male case.

We also know that the pandemic has worsened these figures, as depressive symptoms and consultations for anxiety intensified during the lockdown and in the months that followed. Spending so much time in confined spaces, uncertainty, poor social contact and economic instability are factors that have had a negative impact on the mental problems, of greater or lesser severity, in the Spanish population.

Faced with this type of disorder, it is essential not to minimise the symptoms, as they can easily be confused with sadness, frustration or even bad temper. Consultation with a professional will help us to clear up doubts and feel safe.

We are used to making comments about other people's bodies. We do it all the time, at least in Spain. "You look great!" or "Oops, I see you've eaten properly this year", are such kind of comments. We make them without malice (most of the time) because we consider it just another way to engage in conversation with our family and friends, but these comments could have undesired effects on people with eating disorders.

Both the rise of social media and the constant exposure of their bodies among young people have intensified the prevalence of bulimia and anorexia. Both disorders are considered mental illnesses, as they alter the self-perception of the body and prevent people from eating properly and establishing a healthy relationship with food.

It is recommended to pay attention if a feeling of guilt appears after eating, especially if this situation repeats itself over time. When the alarm bells ring, it is time to consult with our family doctor or a psychologist specialising in this type of disorder. 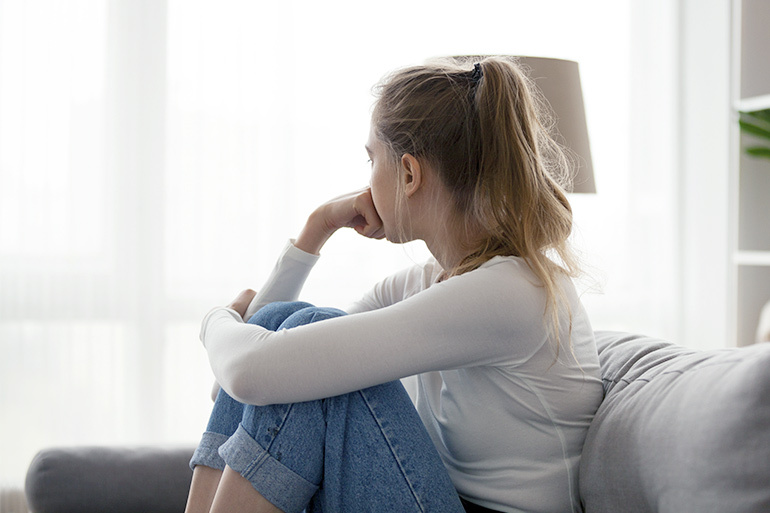 It is interesting to see how this disorder has become so popular in these last years. For example, when someone sees a child who is restless and a little bit capricious, they quickly insinuate that he or she may have TDA (this is the corresponding acronym in Spanish) or, directly, he/she defines the kind as hyperactive.

The truth is that ADHD can be diagnosed in both children and adults, with the most common symptoms being inattention and an inability to concentrate. People suffering from this disorder tend to be very restless, not only physically but, above all, mentally. These symptoms often lead to poor school performance, conflicting relationships and sometimes low self-esteem.

When a child's or an adult's daily life is disrupted in such a way, it is important to consult with a paediatrician or general practitioner, who will refer the patient to a specialist if necessary.

Mental illnesses often have a direct effect on our daily lives because of the drastic changes they can produce in our behaviour. This is the case with bipolar disorder, which is directly related to the mood of the patient.

In the bipolar patient, periods of euphoria and hyperactivity (the manic phase) alternate with periods of absolute sadness and passivity (the depressive phase). In recent years we have known that the actress Catherine Zeta-Jones suffers from this illness, and we have also seen the actress Anne Hathaway play a bipolar patient in an episode of the series Modern Love. Both facts have undoubtedly contributed to its visibility and, consequently, to the increase in consultations for this type of mental disorder.

Another common mental condition is obsessive-compulsive disorder (well known in the Spanish-speaking world by its acronym TOC). This is an anxiety disorder characterised by recurrent thoughts and intrusive ideas (obsessions). One of the most popular variants is related to an obsession with hygiene, where patients tend to wash their hands or take showers very frequently throughout the day.

Thus, TOC sufferers may find their daily lives affected by the need to comply with certain repetitive rituals. This disorder has not been left out of the world of entertainment either, giving its name to a successful play and a film of the same name: Toc toc.

Finally, we cannot leave out of the list of common mental health problems the first cause of death among young Spaniards, and the fourth worldwide: suicide.

Recognised by the World Health Organization as a public health problem, its relationship with mental disorders has been well documented over the last few decades. Alcoholism and depression seem to be the main risk factors.

This year, a telephone hotline has been set up in Spain to facilitate the early detection of suicidal behaviour. The number is 024, which is free of charge and operates 24 hours a day.

Mental health is a fundamental part of your wellbeing, and as such, it should be a priority. As always, if you have any doubts or concerns, please do not hesitate to consult with your doctor.

Flu vaccine for babies in Spain