Requirements for the Spanish Residency Card

Although it is many times mistakenly thought as being the same thing, getting your NIE is not the same as being an official permanent resident. While the NIE (Número de Identificación del Extranjero) is your foreign identity number and allows you to identify yourself as a temporary resident in any transaction (acquiring property, administrative processes, etc.), official residency identifies you as a formal resident in Spain.

Who can apply for the Spanish Residency Card?

There are some cases in which you can apply for temporary residence first, which are stated here. According to the Ministry of Internal Affairs website, it is considered a situation of temporary residence when a foreigner is allowed to stay in Spain for a period longer than 90 days, but shorter than 5 years.

Citizens of the European Union, countries in the EEA Agreement, or Switzerland, have a right to reside in Spain for a period longer than three months in the cases stated here.

However, the general case is that you must apply for permanent residence after 5 years.

The applicant must prove that, during those five years, they have been working or have been self-sufficient. In the case of being self-sufficient, proof of a private insurance that sufficiently substitutes Social Security must be provided. Students can also apply for residency, as long as they can prove that they count with a sufficient health insurance, and can prove they can support themselves (and their families, if it is the case) and not become dependent to social welfare. 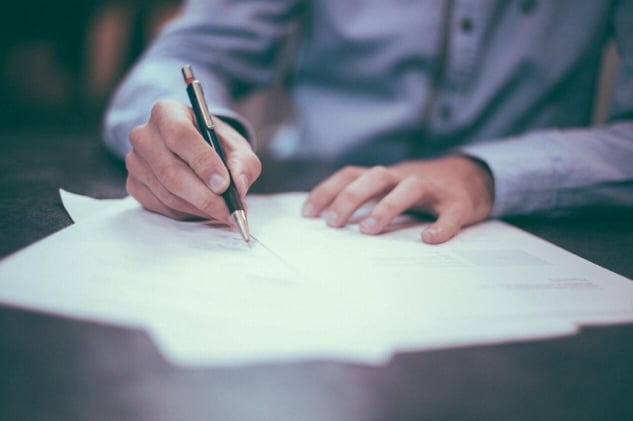 Other Ways to Gain the Spanish Residency Card

Other cases of people who can apply for national residency after five years of living in Spain are:

If you have been unemployed or had to stop for major causes, don’t worry: involuntary unemployment periods, and periods in which your professional activity had to be suspended due to illness or accident, don’t count.

Please note that there are many unique cases, and the procedure can vary depending on the specific situation. This article intends to clarify the requirements specified for the application to permanent residence as stated in the Spanish Ministry of Foreign Affairs website and the Ministry of Work, Migration and Social Security website.

Equally, please make sure that if you qualify either for temporary or permanent residence, you keep your documents updated and renewed when necessary. You can always double-check with an officer from your local Foreign Office the case that applies to your situation. On the Typical Non Spanish social media communities you may also be able to find someone who has been through the process in your same situation, and perhaps you will find a new friend besides some help from a fellow expat!

Do you qualify for Spanish residency? Great! Then it is time to prepare all the documents to apply. We recommend getting checking out our guide below, which explains everything that will help your application go smoothly.