In a society where many things are transient, there is something that has lasted as long as mankind: childbirth. And long before we could read about what to expect while we’re expecting, women have passed along pregnancy facts and myths that predict gender, advise, and even prohibit behaviors or food.

Despite an abundance of advancements in puericulture, childrearing and everything that comes along with it, old wives´ tales and superstitions have yet to go away. How do pregnancy facts and myths compare in Spain?

The age-old reminder to eat, and to eat a lot, has been scientifically unfounded. Instead of eating twice as much, you should eat foods that promote healthy development of your baby and weight management for you. Eating properly – lots of fruits and vegetables, healthy fats, water and protein – can help reduce your risk of a high-risk pregnancy.

Another food myth: having unsatisfied cravings will lead to your baby having a birthmark. Cravings that become unmanageable can actually mean that you have an iron deficiency, so consult your doctor if you’re feeling hungry or moved to eat something really odd.

You might be advised to avoid spicy food, but not for the reason that you think: many women experience heartburn and acid reflux, particularly in the late stages of their pregnancy. Spicy food in no way harms your baby. 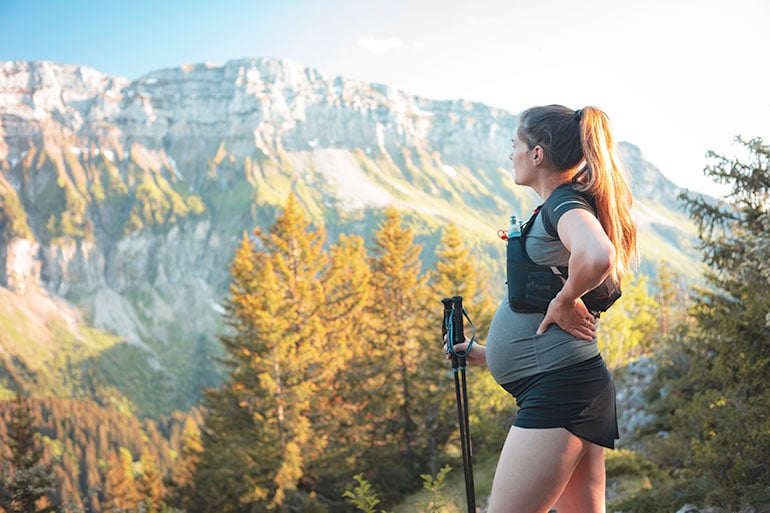 Myth: heartburn means baby will have a lot of hair

Heartburn and acid reflux are common pregnancy side effects, but it manifests as discomfort. The cause of heartburn – as well as the cause of how much hair a baby will be born with – is entirely based on hormones and not food intake.

Notice people staring on your belly while you’re expecting? According to a Spanish old wives tale, a pointy belly indicates that you’re carrying a boy, whereas a round stomach indicates a girl – just survey any abuela. In reality, your genetic makeup determines how your uterus will grow and adapt to a baby.

Myth: a swollen nose means you’re having a girl

Not only can your belly tip off the abuela down the block, but so can your nose. If you note swelling, abuelita might say it’s a sign that you’re expecting a girl. But this is a psychical change that is thought to be due to an increase in estrogen, which then causes increased blood flow and ultimately manifests as a wider or swollen nose.

Your ultrasound is really the only way to know the baby’s sex before birth, and you can typically tell by week 16 or 20. In Spain, the gynecologist will typically tell you the gender, so be sure to specify if you don’t want to know before they spread on the petroleum jelly.

We all know that pregnant women should refrain from alcohol, drugs, too much caffeine and certain foods and medicines. But many advise against getting your hair done at a salon because of the toxic fumes and chemicals potentially seeping into your uterus.

If you intend to dye your hair, doctors advise waiting until your first semester has passed, and to opt for a semi-permanent dye that is less harsh.

Myth: Working out can cause a miscarriage

Working out is absolutely safe, provided you were active during your pregnancy and listen to the cues your body (and doctor!) give you. Some high-impact or high-sports should be avoided, but if you are experiencing an active, low-risk pregnancy, you should move. In fact, many doctors believe that an active pregnancy makes recovery faster and more effective.

Before you begin a new fitness routine, particularly if you have never been active, you should consult a doctor. I worked with a trainer who modified my activities to exclude abdominal work and high-impact jumping, focusing instead on weight training and light cardio.

Myth: Intercourse can poke the baby

For someone unfamiliar with female reproductive organs, it’s not uncommon to think that vaginal penetration might rupture the womb or bother a baby. But the cervix is (usually) long enough, and the uterus and womb protected by the mucus plug.

This is a big myth: a healthy sex life can be an enjoyable part of expecting a baby, and many women have heightened libidos. 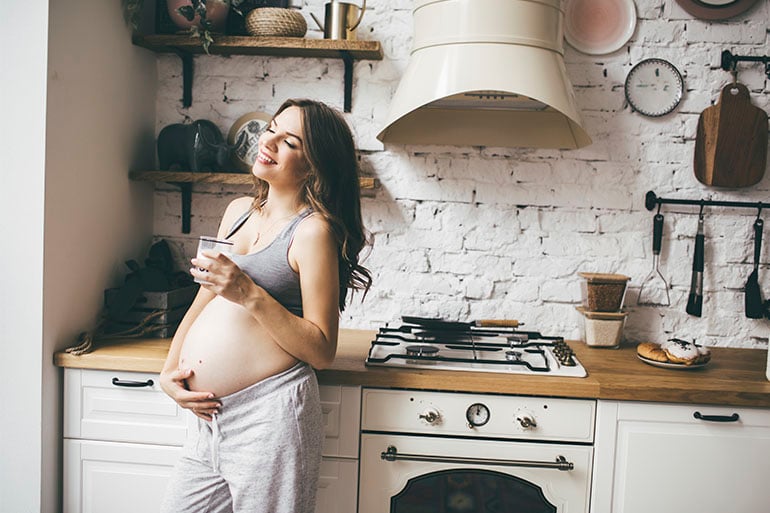 Myths about going into labor

When I was a few weeks away from giving birth with my first, the HR director pulled me into her office to suggest my husband give me a foot massage when I was ready for the baby. It was December, and the thought of him pulling off my socks and the cold floors of the house sounded worse than labor.

In addition to foot massages that hit specific pressure points and trigger labor, my gynecologist also recommended pineapple juice to soften the cervix, being intimate with my husband to release oxytocin or eating spicy foods. I resorted to being induced at 40 weeks and a day, disappointed that labor was not spontaneous (and, hilariously, the drug administered in medical births is oxytocin, the same that your brain releases when you’re experiencing pleasure).

But these are myths - there’s no evidence to support that the aforementioned procedures can start labor.

Giving birth and raising children in a country where I myself was not raised has been a mostly positive experience because of the healthy pregnancy and attention I received from medical professionals when I was expecting my two sons. I heard it all, had strangers touching my belly and couldn’t keep appointments and tests straight sometimes. Yet I remember both of my pregnancies as happy and hopeful times in my life (though it was exhausting being pregnant with an active toddler!).

Just remember you can add your newborn to your health policy. Check out our best choice for family health plans: Integral.

There was one common phrase that I heard a lot and now wish other laboring mothers is an abuela’s phrase: que sea una hora corta. May it be quick.