Why you should experience Valencia's Las Fallas Festival

Spain is all about celebrations and festivities. Las Fallas Festival in Valencia is one of the biggest events in Spain and probably worldwide. It is the most intense week you will ever experience (24/7). It is a huge street festival that attracts millions of tourists every year. Fireworks, fire, flowers, lights and colourful structures are just some of the keywords. This festival should definitely go on your bucket list.

What you need to know about Las Fallas Festival

Las Fallas Festival is a traditional springtime celebration, held on March 19th, which is Saint Joseph Day. Fallas artists build monuments (called Fallas) that they work on throughout the year.

These structures are built in big industrial buildings. March 15th and 16th is La Plantà. This is the deadline to have them completely finished on the final spot at a square or an intersection. Early in the morning, jurors come and judge the monuments based on a range of criteria. Read more about the origins of the structures here.

If you're into running, the best way to see the Fallas and still avoid the crowds is to take a jog by the Planta on March 15th. 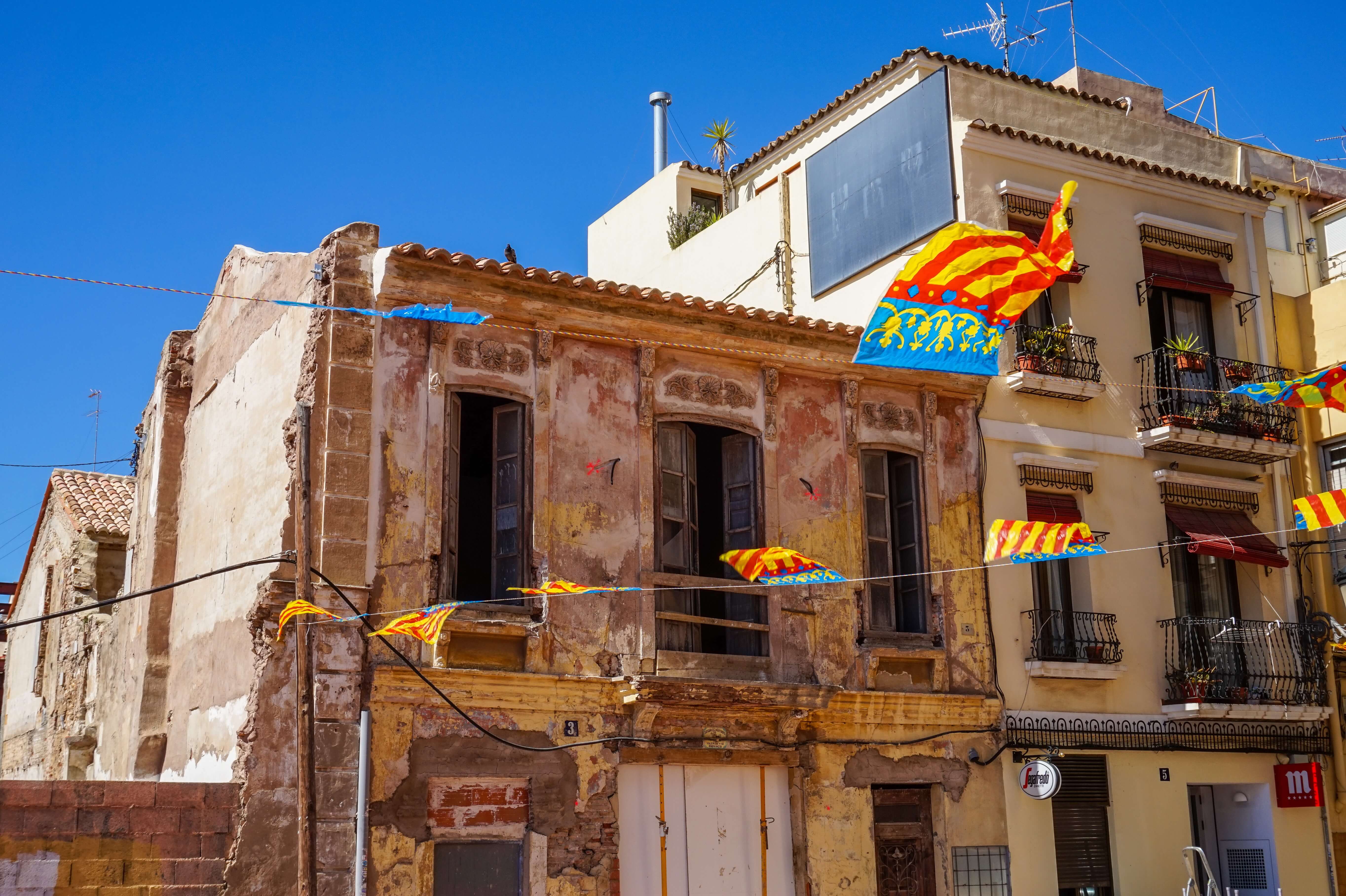 Built to be burned

The best Falla in every category wins a prize. On the night of March 19th till the early morning of March 20th they burn all the monuments in the streets. This is called La Cremà and if you take a walk through the streets, you can see lots of fires, big and small. The celebrations of Las Fallas Festival begin on the last Sunday of February when the Fallera Mayor gets the key of the city from the Mayor. She and her court represent the city for a whole year. Not only in Valencia, but they also travel to other cities and countries to teach the world about the local traditions of Valencia. Every year, a new Fallera Mayor (queen of the Fallas) is chosen. This night of La Crida is the kick-off with lots of fireworks and a beautiful show. 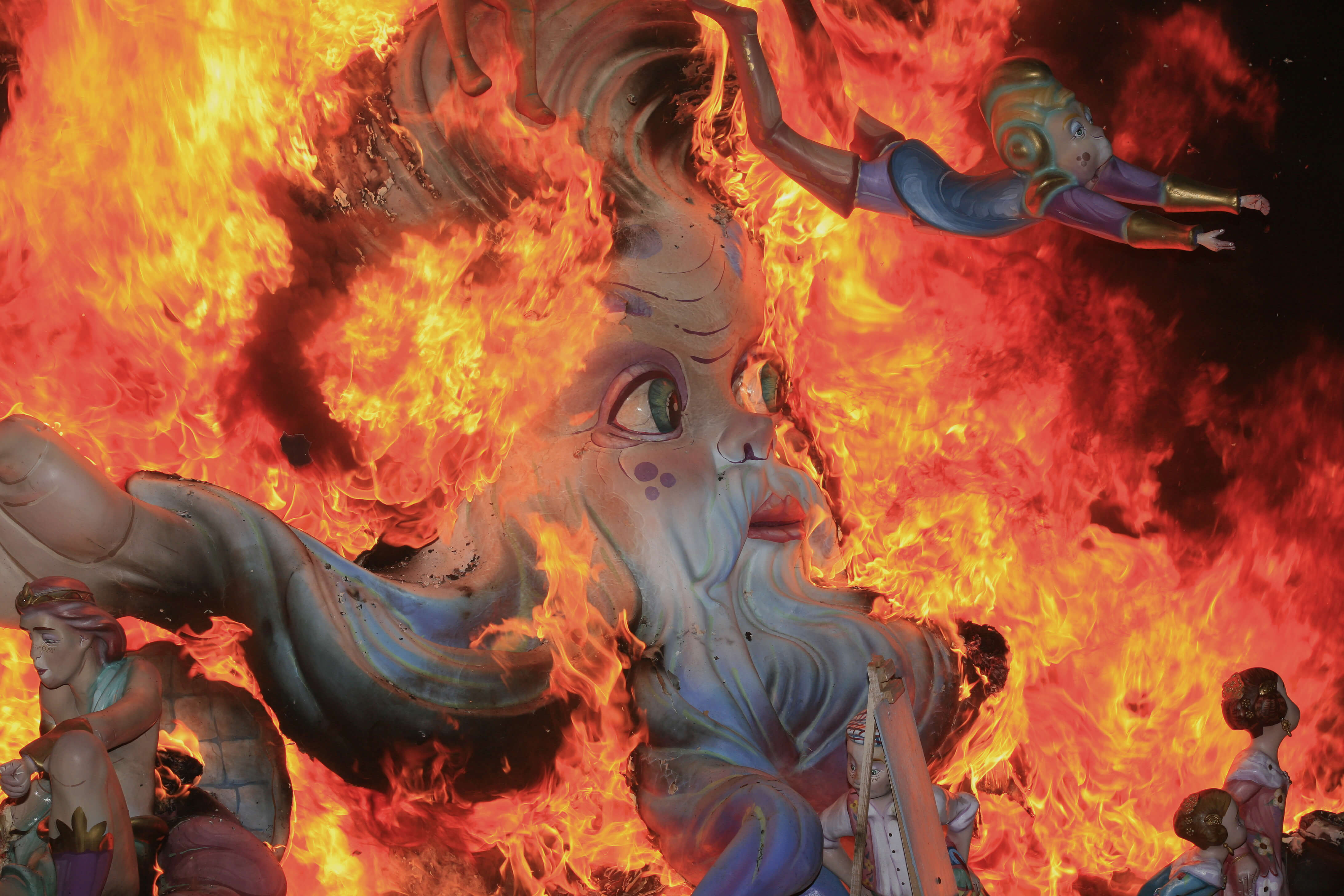 To illuminate the monuments, some clubs have beautiful arches filled with lights. At night, they have shows - La Iluminación - with music and lights in a prism of colours flickering to the rhythm of the music.

Every neighbourhood has their own Falleras. The ladies of all ages in traditional dresses bring flowers to the holy Mary (Nuestra Señora de los Desamparados) at the Plaza de la Virgen. La Ofrenda takes place on March 17th and 18th. Check out the scheduled times for 2020 here.

From the first till the 19th of March, there is a Mascletà at the Town Hall square every day at 2pm. This is a show with very loud bangers. As the finals approach, the shows get bigger and louder, and rhythm plays a huge role.

La Despertà happens in the early mornings of the festivities, when Falleras and Falleros wake up the whole neighbourhood with their loud bangers.

You can also enjoy fireworks at night - Castillo de Fuego. These are held on March 15th, 16th, 17th and the Nit del Foc is the biggest show on the night of March 18th.

On March 19th at 7pm there is a fire parade called the Cabalgata del Fuego. 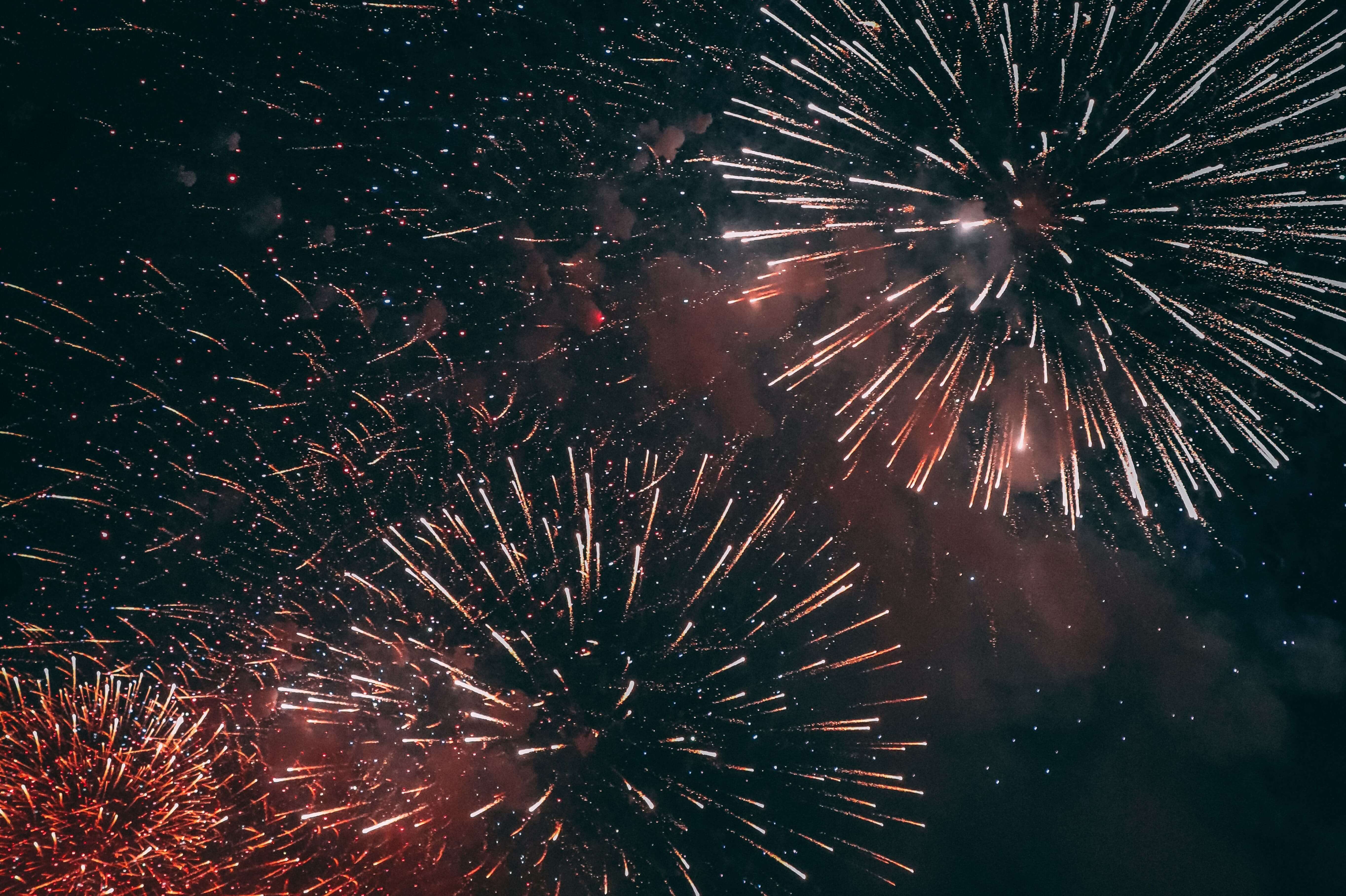 The end, but also the start

The end of the festival also marks the beginning of springtime and the start of new life. Make plans for the coming year and maybe we’ll see each other here in Valencia during Las Fallas Festival.