Valencia Spain Festivals to Put on Your Bucket List

Everybody loves a good party and Spain is known all around the world for its many celebrations. Most Spaniards are looking forward to Valencia, Spain's festivals all year long, as some of Spain's most famous festivals are held in Valencia. Check the local news for updated information about this year's celebrations and whether or not they take place, are being postponed, or even cancelled. If some of them end up being cancelled this year, put these celebrations on your bucket list for the future!

March is the month that Valencia celebrates Las Fallas, an enormous street party marked by burning effigies in the streets both day and night.

The last Sunday of February is the opening of this festival, which ends on March 19th on Saint Joseph day. Huge monuments are placed around the streets of Valencia, and these monuments are burnt in one spot on the last night of the celebration.

Fireworks and firecrackers can be seen and heard throughout the duration of the festival. And the Valencian girls are known to dress up in colorful, traditional dresses and offer flowers to the crowds. 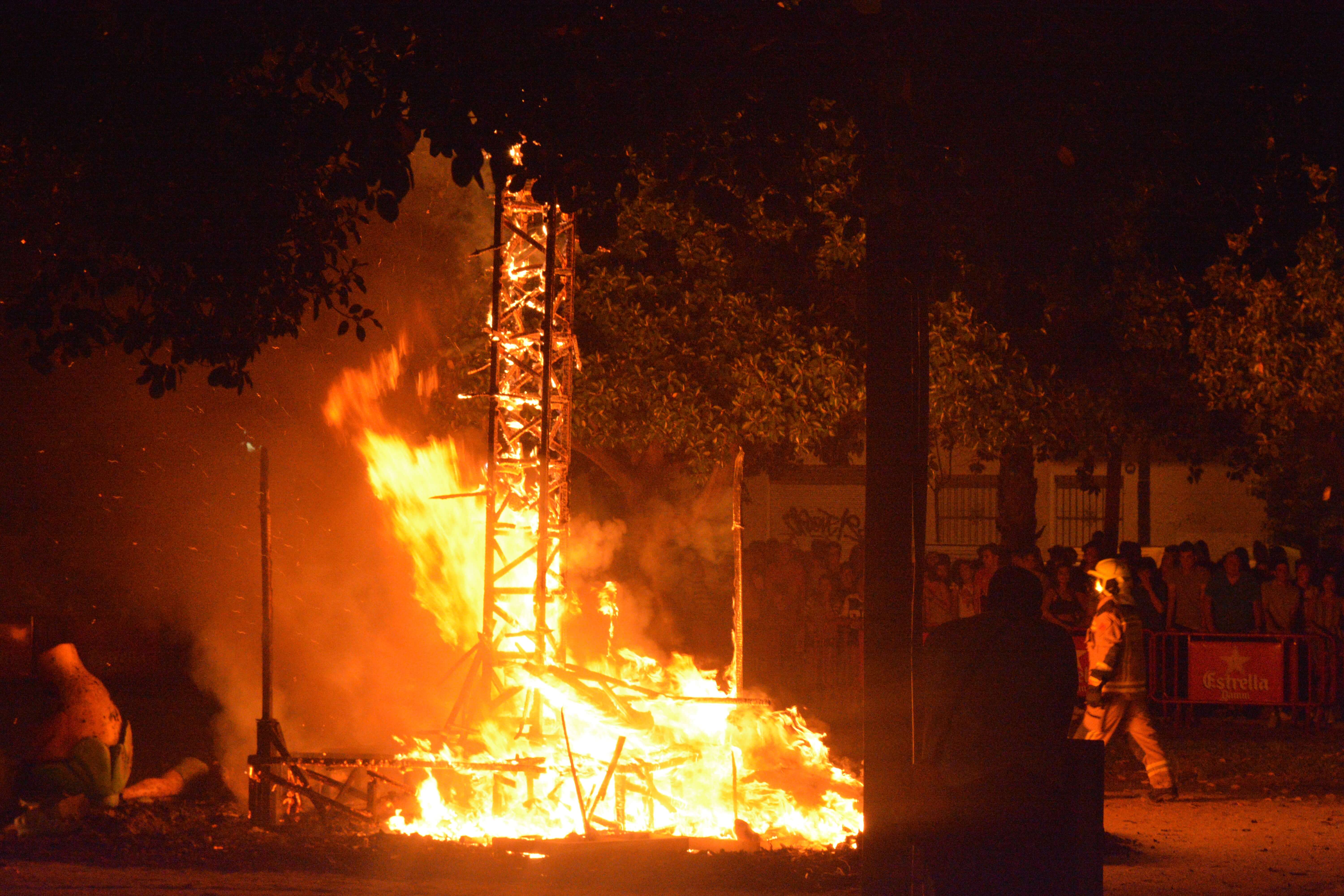 People from all over the world come to the small town of Buñol, just 30 kilometers outside of the city of Valencia, to throw tomatoes during La Tomatina.

Buñol numbers only 10,000 inhabitants, but on the last Wednesday of August the town adds 20,000 visitors who are eager to join in on the biggest food fight of the year. Six trucks with 160,000 kilos of soft tomatoes are used for this epic tomato battle.

Participants need goggles to protect their eyes and old clothes to wear. Afterwards you can jump in the local river to clean yourself off. 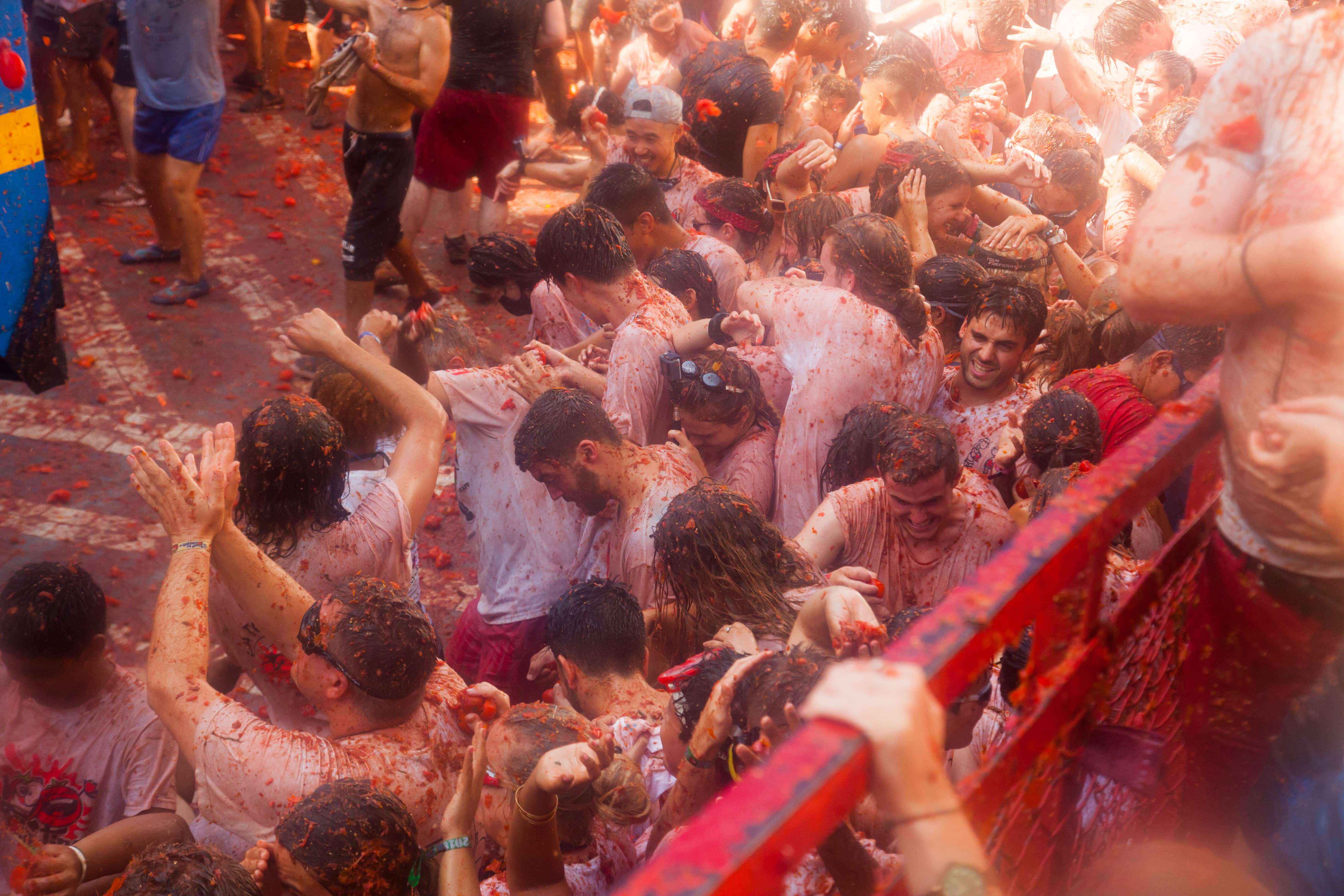 Feria de Julio in Valencia is the city's summer festival that takes place in July. Many well-known artists play at open-air venues, there are fireworks every weekend, and the most spectacular event is the ‘batalla de las flores’, or the flower battle.

Girls of all ages wear beautiful, summery flower dresses, this celebration's traditional dresses. They gather on huge floats that parade down the wonderful Alameda Avenue. When the up-tempo music starts playing, the floats will speed up, and the crowd starts throwing flowers at the girls, who hit the flowers back at the crowd with tennis rackets. It is the most colourful, fun, and cheerful event you have ever seen!

Everyone in the town of Ontinyent takes part of the Moros y Cristianos procession, a festival where they reenact heroic battles between Arabs and Christians.

Every family represents or an Arabic tribe or a Cristian army from the past, regardless of their faith. The costumes are impressive and can be as professional as costumes from a cinematic drama like Game of Thrones. All the music bands play the same song, "Marcha Mora Chimo," from the town hall square. 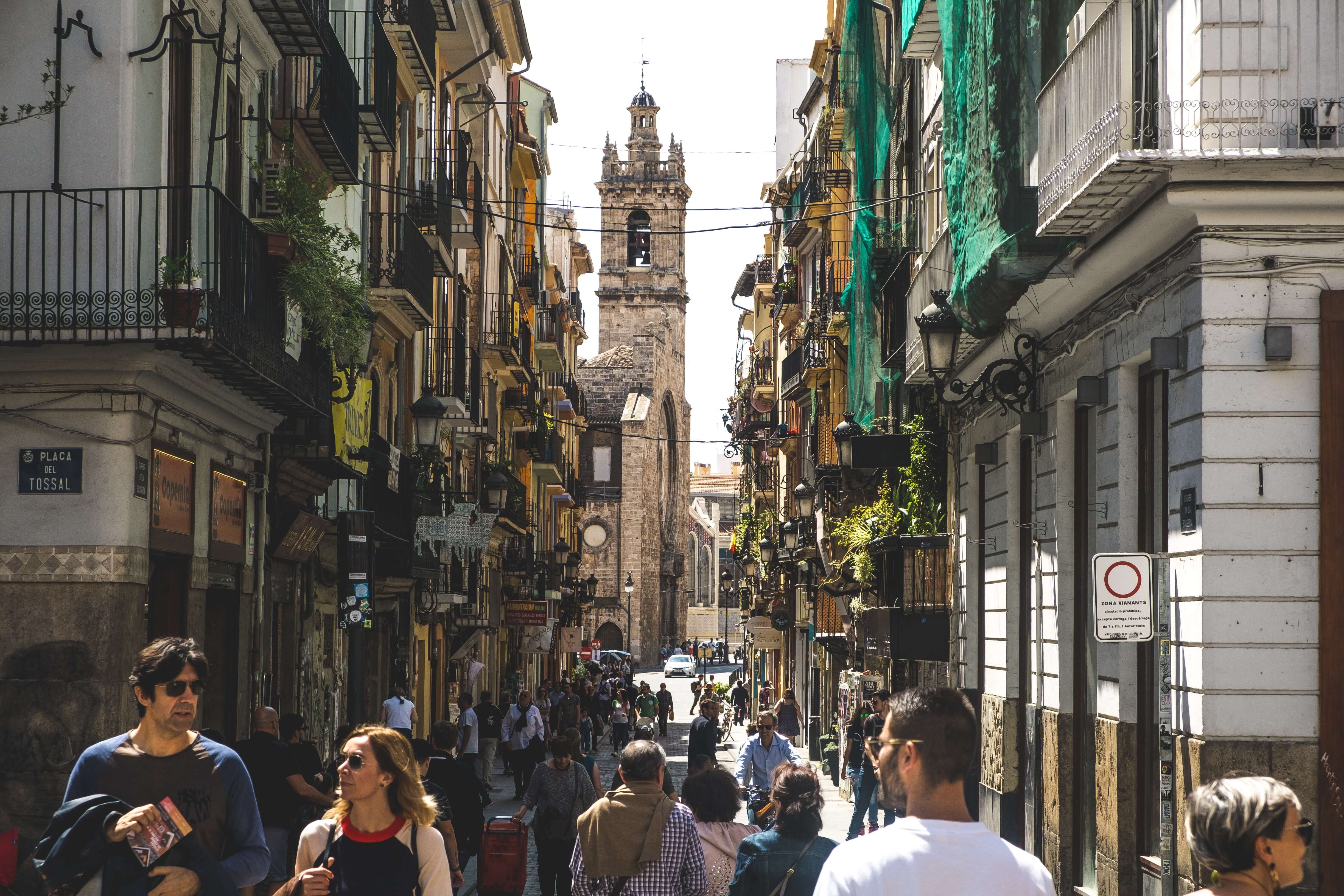 The Fiesta de Nuestra Señora de la Salud in Algemesí takes place in September and is a spectacular celebration filled with dances, beautiful costumes, and human towers up to five or six stories high.

They call the towers Muixarangas, and the littlest children are the ones who make the climb up to the top of the tower. Other children dance around while dressed as shepherds or flower girls. Adults dance a friendly battle dance. The most impressive thing is the amount of people participating.

All five of these Valencia Spain festivals will give you an unforgettable experience that you will never forget. These are true bucket list events!

Pros and Cons of Owning a Car in Spain