Unhealthy Food for Kids in Spain

It dawned on me on Saturday afternoon as my young kids dug into a plate of squid and rice in ink: they would never eat like this if they weren’t Spanish.

My husband – a bred sevillano – has long sung the praises of his adventurous and varied eating, putting all of that praise squarely on his mother. Indeed, she recounts times when her children were offered kid-friendly foods like hot dogs or macaroni slathered in sugar-loaded tomato sauce but asked, instead, for a stew or various animal parts. My husband would easily take oreja a la placha (grilled pig’s ear) over a burger

It’s no secret that the Mediterranean diet in Spain has been proven to increase longevity – it’s healthy, plentiful in Spain and kids grow up eating it. In fact, the advent of the menú infantil – kid’s menu – is a new concept, catering mainly to a clientele that’s not from Spain. Unhealthy food for kids do exist, however; in fact, Spain is at the top of the list for childhood obesity in Europe.

What and when do kids eat in Spain?

Kids in Spain eat what their parents eat – three square meals and two snacks between those meals: breakfast, lunch and dinner are punctuated by meriendas. My children proudly eat two breakfasts and get most of their vitamin C from an afternoon merienda.

It’s important to point out that many children also eat lunch at school; while some children might head home for home-cooked lunch and a siesta, the change in work culture means that parents often have work hours that mirror other highly developed countries like the U.S. or the U.K. This means that kids will be at the mercy of whatever is produced by a catering company and served. If you don’t like it, you can always fill up on bread.

But it’s not just that – most schoolchildren will have a mid-morning snack, called a piscolabis or almuerzo – during recess. When I taught preschool, this is where I saw the junk come out: sugary drinks, pre-packaged cakes and cookies, literally anything out of a vending machine.

I mean it – there was nary a banana in sight, and when there was, most kids got bored of it after a few bites.

So while the Mediterranean diet is de rigeur at home, it’s easy to fall in the trap of unhealthy foods that are tossed into a backpack. Here are a few more unhealthy options for children in Spain: 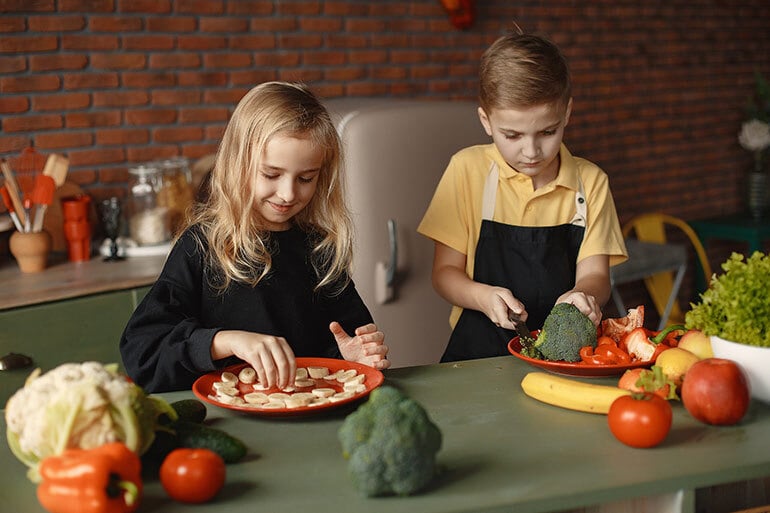 Fried food is standard fare in Spain, especially in the south. Now, they don’t go to American standards of deep-frying chocolate bars or stick of butter, but fish, croquettes, meats and veggies are fair game.

Try market-fresh foods instead. Spain produces an overwhelming amount of Europe’s fruits and vegetables, meaning that your local green grocer’s has a large variety of fresh, in-season fruits. And if you must fry, do it in the liquid gold – extra virgin olive oil, which has the good fats and loads of other benefits. Pork is king, but you can find an abundance of both seafood and superb-quality meats.

This trope is nothing new: breads, sweets and cakes produced on a massive scale tend to be loaded with all the bad stuff, like sugars, carbs, fats.

Try a local bakery instead: bakeries will typically offer more variety of whole grains. Though not devoid of all the bad stuff, and Spain is not France when it comes to breads and pastries, but a lot of the local specialties will be healthier than grabbing a pack of something with attractive marketing at the supermarket. Culprits include pre-made cakes (bizcochos), cookies of any sort and just about anything with colorful packaging.

My sweet tooth took time to get used to Spanish desserts – our house always had a tub or two of ice cream, cookies and licorice. Most of what’s on offer at the bakery doesn’t appeal to me.

Chucherías, or gummy candy, are addictive. They’re also pure sugar and glucose and thus a favorite of many Spanish kids.

if you’re feeling a craving for something sweet after dinner, try a piece of fruit for a yogurt instead, or a bit of dark chocolate. Tortas de Inés Rosales are slightly better fare, too. While many Spanish homes have ovens, you may not be able to bake (I love baking with my kids, so not having an oven in Madrid killed me!). 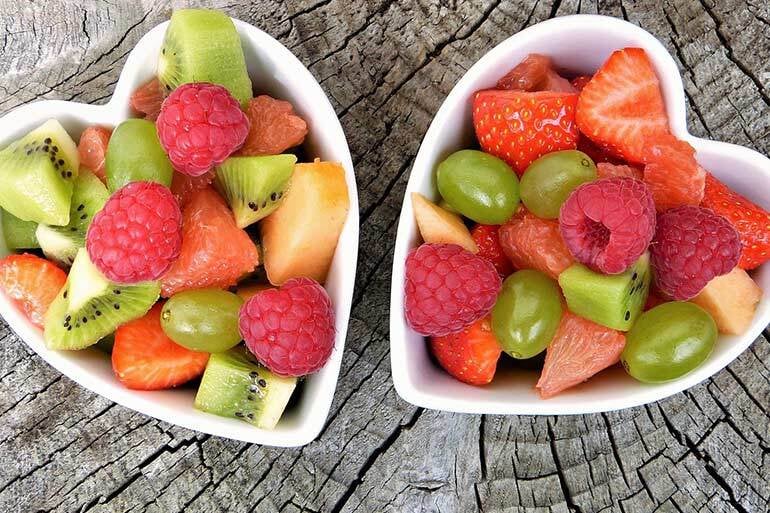 Don’t get me wrong: my kids would gladly eat hot dogs, potato chips and ice cream (I mean, they are half American!) if they created their own shopping lists. Whenever we go to the playground after school, there is an abundance of puffed rice snacks, like the ubiquitous gusanitos, Maria cookies in a sleeve and sugary drinks. These foods provide little nutrients and empty calories, and they can contribute to learning poor eating habits and obesity.

If you’re looking for a list of more kid-friendly options, Lauren Aloise – American entrepreneur in Spain and mother of twins – has compiled a list of her favorite foods for kids in Spain.

Instilling healthy eating habits in fickle children is a daily challenge. But not doing so causes more than an upset tummy or constipation – it can lead to unhealthy consequences.