Madrid 360 is one of the positive buzzwords around town but what exactly is it? And what does it mean for the millions of residents and annual visitors to the city?

The more formal term for Madrid 360 is the "Environmental Sustainability Strategy"´, which aims to be a benchmark for the EU, and be in alignment with the Sustainable Development of the United Nations 2030 agenda. The strategy is to focus on improving not only better air quality but also better accessibility and efficiency.

In this post, find a run-down of the measures proposed in the Madrid 360 strategy:

For those already choosing the most eco-friendly ways to get around, such as walking and cycling, the pedestrian zones and plan to remodel and restructure cycle paths will be welcome news.

If you've been to the city centre recently you will already have noticed that changes are taking place in terms of the pedestrianisation of the highest footfall areas, such as Sol. Transport is now diverted away from Sol Plaza so that pedestrians can enjoy the epi-centre of Madrid in a traffic and emission free environment. And, in an effort to reduce the negative impact of inner city traffic, cycle lanes will also be assessed and remodelled to improve the overall circulation of traffic. 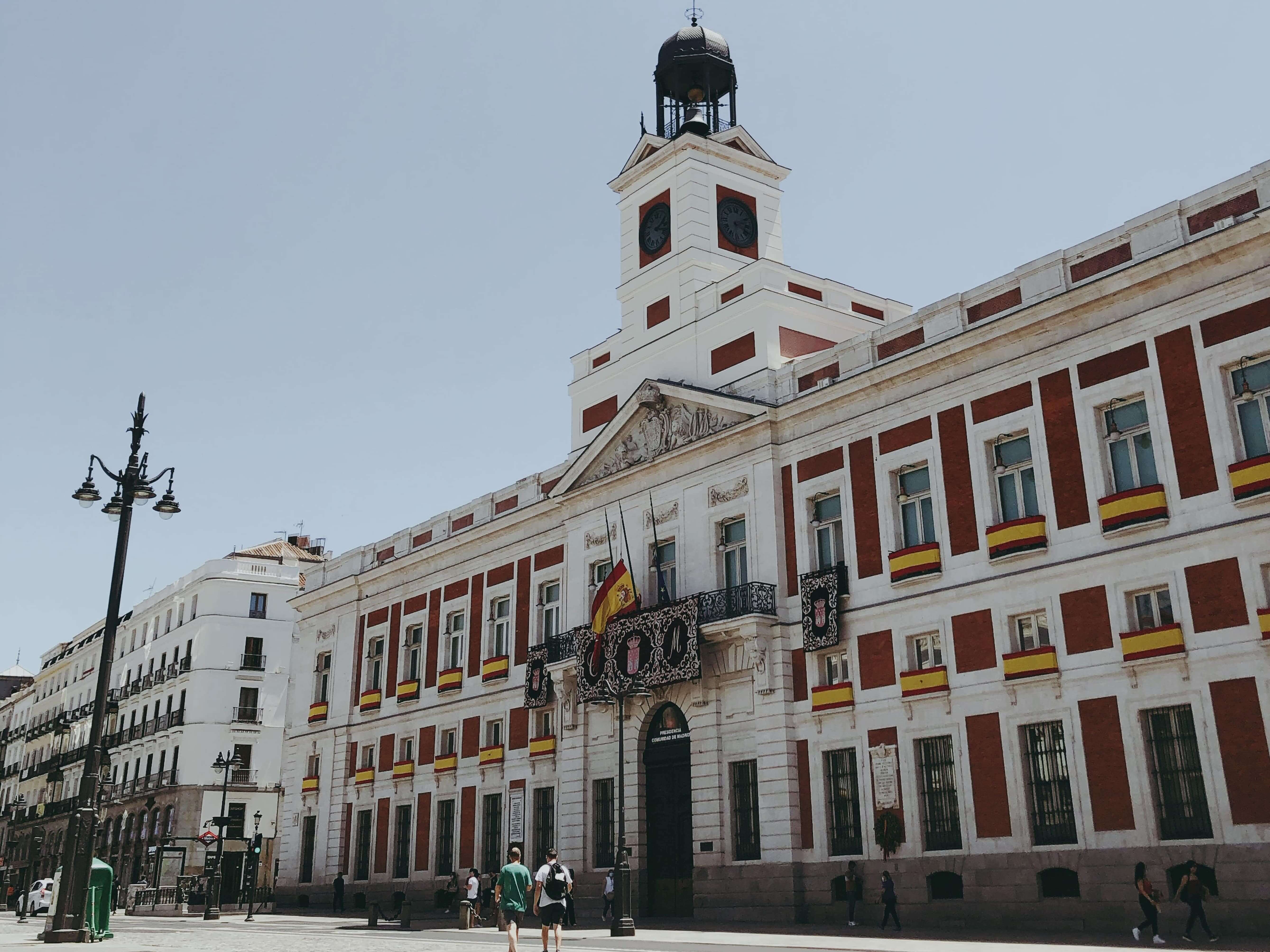 Another key focus of the strategy obviously revolves around public transportation. The aptly named Zero line will include 2 main lines that promise zero emissions for zero cost. Running from East to West and North to South, the two Zero lines will run between Felipe II and Moncloa, via Gran Via and from San Bernardo and Puerta de Toledo. So, in the true concept of the word free, it seems that citizens will be able to move ´freely´ around the central district and adjacent zones absolutely free.

However, minimising the emissions and maximising the efficiency of the public transport system doesn’t stop there with additional proposals to renew the entire bus fleet of 2000 buses for a greener future. The plan also includes extending this renewal to public service vehicles in the municipal fleet, such as Samur and medio-ambiente cars and vans. 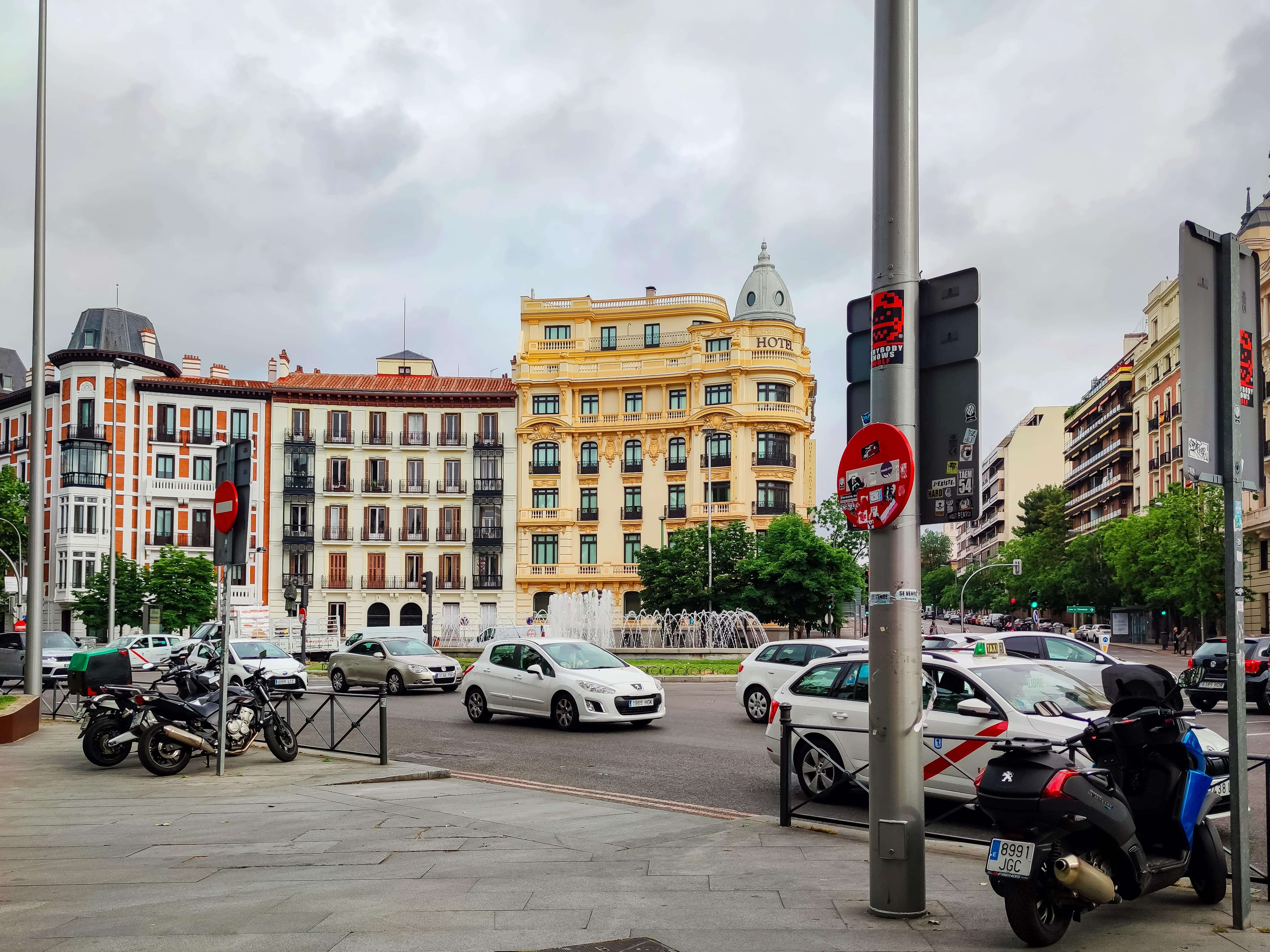 Of course, one of the most controversial and talked about aspects to reduce pollution in the city has obviously been the restrictions of access for cars and other private vehicles to the Madrid central zone. The restriction zone was introduced at the end of 2018 but has been the subject of much political debate ever since. The new coalition government campaigned to lift restrictions and suspend fines that had been imposed on offenders, with the courts finally overturning the decision.

In the Madrid 360 plan, the main central area of Madrid will become the low-emissions zone, which will be within the perimeter of key routes from Plaza Colon to Conde Duque, to Plaza Espana, to Puerta Toledo, to Glorieta de Embajadores, to Ronda de Atocha and along the Paseo del Prado and Recoletas back to Plaza Colon.

This central low-emissions zone will see many changes, one of the biggest being that vehicles currently barred from the city centre will be able to enter under specific guidelines. Cars with a C environmental sticker will be allowed to enter if they are carrying 2 or more people, business owners will have the same permission as local residents and motorcyclists will be given a wider time period for access and can take advantage of double the amount of parking spaces available.

Which brings me onto parking, which is also a contentious issue for many people in the city. The plan includes discounted parking fees, with higher discounts for those driving eco-friendly vehicles. Drivers of electric cars will enjoy free parking, drivers of hybrid Eco vehicles will only have to pay 50%, and there will be 10% discount for those with a C sticker. 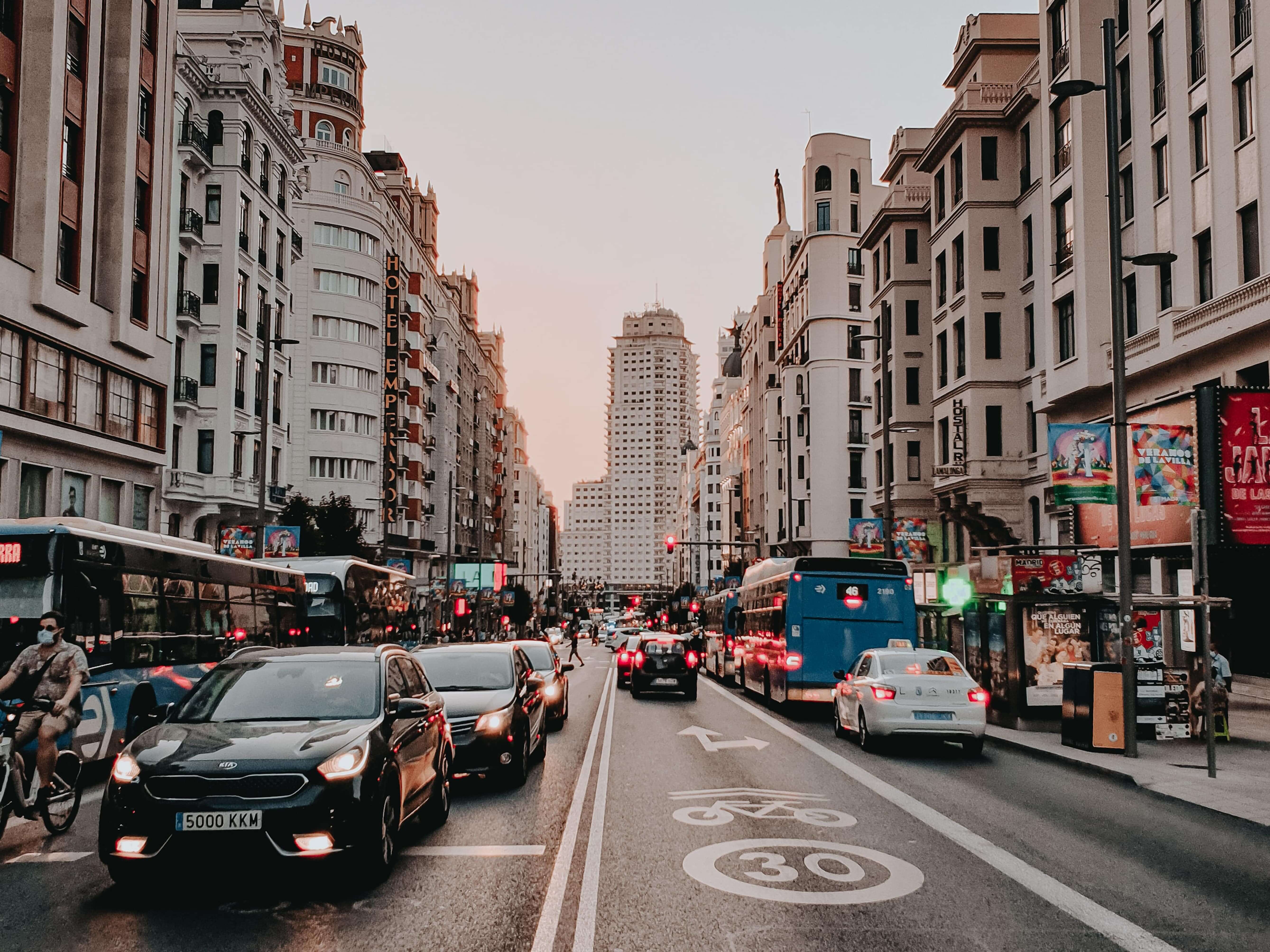 The goal of Madrid 360: Revitalize the environment

These aim of these initiatives is to progressively change the type of vehicles on inner city roads by incentivising people to use environmentally friendly options. And, there is even more incentive to change your vehicle in the long term, as the plan is to increase the low emissions zone each year. If all goes to plan, the zone will encompass all roads inside the M30 motorway in 2022 and use of the M30 ring road by 2023. Rules will be further extended across the municipality in 2024 and by 2025 you will not be able to drive through the city if you have an un-environmental vehicle

All these actions are focused on reducing the contaminating emissions we currently pump into the atmosphere, however there is another proactive idea on the table. Currently in the Ideas Tender phase, there is a very exciting proposal to breathe new life into the city with the introduction of a metropolitan forest – ´el bosque metropolitano´. It is already being dubbed as the green lung of Madrid, and the aim is to build a green belt or forest ring around the city circumference, which will be about 75km in length.

The hope is to connect existing parkland with new wooded areas to increase availability and access to green space for residents. The introduction of hundreds of thousands of trees would not only visibly bring us back to a more natural environment but also counterbalance the emissions by taking in the carbon dioxide we produce and producing more clean oxygen for us to breathe.

To learn more about the current regulations surrounding the Madrid Central zone, discover our the free guide below: