How to change your driving license in Spain

Perhaps you’ve been in Spain for years and you’ve finally succumbed to buying a car, (despite Spain’s fantastic public transport system), or maybe you’ve just arrived and have landed a job that requires you to commute, or maybe you’re simply the kind of person who needs to feel the freedom to move at the drop of a hat. Whatever the case, you’ve found yourself asking, “how do I change driving license in Spain?” Today we’ve got all the details you’ll need from start to finish.

Who needs a driver’s license in Spain?

In a word, everyone. But not everyone needs to start from scratch. First, check to see which group you’re part of:

Some countries have small differences in requirements, so it is best to find your country in the drop-down menu on this page and check for anything else you might need.
Lastly, if you’re like me, and you’re neither an EU citizen nor one of the aforementioned countries with driver’s license agreements with Spain, you will need to start from the very beginning and prepare for the theoretical and practical exams. 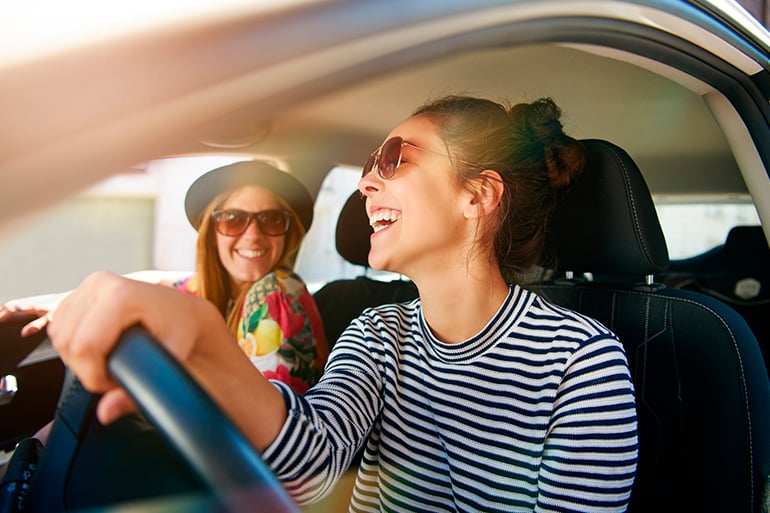 Do citizens from the UK need to change driving license in Spain?

Up until Brexit, drivers from the UK could enjoy the same rules as their EU counterparts when it came to driver’s licenses–meaning their original licenses were valid and there was no need to change driving license in Spain. But now, British residents currently have until February 28th, 2022 to continue using their license as normal, and after that it is unclear what the official policy will be.

British citizens in Spain needed to have applied for the exchange of license with the DGT and had it verified by the authorities in the United Kingdom by December 31, 2020 in order to be guaranteed that their paperwork would be processed. If you have not applied to exchange your license, you may need to start preparing for a theoretical and practical exam, so read on.

Choosing a driving school in Spain

There are a few things to keep in mind when choosing your driving school or autoescuela, but the most important ones are:

Costs of getting your driver’s license in Spain

Here is the run down on the costs included in your license:

In my case, here in Seville I paid:

Bringing my total to about 784 euros–falling on the lower end of the national average.

If you are an American expat and you’re anything like me, perhaps the thought of having to learn how to drive “stick shift” is almost enough to resign yourself to never driving in Spain. Let me put your fears to ease by first assuring you–it's normal. In my first driving class I was a ball of nerves and definitely shed a tear or two. But it truly becomes second nature at some point and is really no more complicated than automatic transmission.

If you are set on getting your license with automatic, however, beware. First of all, not all car schools have the possibility to do automatic driver’s licenses, but also, if you do pass the exam with automatic transmission you are only authorized to drive automatic cars. This isn’t a problem if you live in the United States, but in Spain, automatic cars are few and far between, so learning manual transmission might be worth the extra effort. 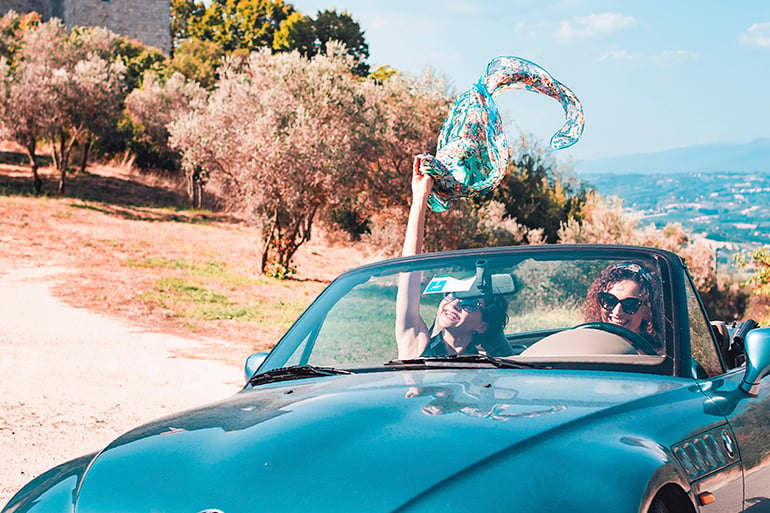 How does the process work?

You will first study, go to class, and take practice exams until you get to the point where you are consistently passing them. You are only allowed 3 errors out of 30 questions in order to pass. I found that doing the practice tests at home, writing down my errors and questions to later ask my teacher in person was really useful. I also found going to in-person classes to be extremely helpful and important in my learning process.

Once you think you’re prepared, your driving school will tell you the first available spot for the test at your local testing location. Before the exam you’ll need to have your psychophysical aptitude, exam done at a local center and bring the certificate you’re given there, along with your pictures to your driving school so that they have all of your paperwork in order.

If you pass the theoretical exam, you’ll be able to start your driving classes. Once you and your teacher think you’re ready–usually after about 15-25 classes– they’ll let you know the next available date. On the day of the exam your teacher picks you up and they will be in the driver’s seat with you while the examiner is in the back.

Once you pass, that information is automatically uploaded to the DGT database and you’ll be able to download a temporary license until your physical card arrives in the mail about two months later.

How long does it take to get your driver’s license in Spain?

While the average person usually takes 6-7 months, it largely depends on how much time you have to dedicate to it, as well as how well you can absorb new, slightly complicated vocabulary and memorize numbers and laws. I’ll admit, even with a near-native level of Spanish, I found it very hard to remember all of the new words and different traffic laws, including, but not limited to knowing all of the documents I needed in my car at all times.

What if I don’t pass on the first try?

Try not to stress too much, and remember that you have three attempts total between the two exams. That being said, the best thing you can do is be as prepared as possible. Talk to your instructor and make sure they believe you’re ready, because in the end you could end up paying a lot more money just for not wanting to pay for a few more driving classes.

My experience changing my driver’s license in Spain

As a foreigner– and from the United States–getting my driver’s license in Spain was something I always knew I needed to do at some point, largely for my own independence. I was able to skate by and didn’t feel a true need to start the process until I became pregnant in fall of 2019. Starting a family gave me the extra push I needed and I signed up at Autoescuelas Ciudad Jardin in Sevilla in October of 2019. Through blood, sweat and a few tears I was ready to try for the theoretical test in March of 2020. Those plans were of course thwarted by covid-19, but I managed to pass with flying colors right after we were being let out of quarantine and right before my son was born.

After passing the theoretical exam I had two years to get the practical exam out of the way. I began driving classes in the summer of 2021 and I passed my (second) driving exam at the end of September, and had my card in the mail a couple of months later.

All in all, changing driving license in Spain can seem like a daunting task at first, but as with most things we tackle as expats, it is completely attainable by taking it one step at a time!