Everything you need to know about the Spanish coasts

Spain has 4964 kilometers, or 3084 miles of coastline and a large part of that Spanish coasts have beautiful pebble stone or white sand beaches. Spain gave names to every part of the coast. Each part has its own character and charm, from warm tropical beaches to much cooler green and rocky coastlines with steep cliffs. The beaches are qualified in Spain by the ‘bandera azul’. The criteria to achieve this ‘blue flag’ are: clean water, environmental information and education, environmental management, security and services on the beach. Spain has now 589 ‘blue flag’ beaches. It changes constantly, so check the beach that you’re going to.

Starting from the border with France on the northeast coast till the south in Andalucia is the east coast on the Mediterranean Sea.

The Costa Brava is 200 kilometers long and goes from France till Blanes. They gave the name Brava because of the rocky, rough, wild coastline. You find beautiful bays and pebble stone beaches at Tossa de Mar, Lorret de Mar and Blanes.

Costa del Maresme is 50 kilometers long and goes from Blanes till Barcelona. These are mostly sand beaches and there are some famous beach villages as Malgrat de Mar, Calella and Canet de Mar.

Sitges is the most famous village south of Barcelona on the Costa del Garraf from Barcelona till Cubelles. It is named after the Garraf Mountains, next to this coastline.

Costa Daurada or the golden coast goes from Cunit till Castellón de la Plana and is home to some important tourist places like Cambrills, Ampolla and Salou.

The Costa Azahar is called after the orange blossom. It reaches all the way from Castellón de la Plana till Javea. Valencia is the pearl of this beautiful coast that has mostly sand beaches.

The Costa Blanca or the white coast is called after the beautiful white beaches. It reaches all the way from Javea till Cartagena. Alicante and Benidorm are the most popular towns for retirees to stay in winter. The sub climate is perfect all year round.

Costa Calida or the warm coast counts 250 kilometers and goes from Cartagena till Mojacar along the beaches of Murcia. La Manga and the Mar Menor are interesting sites. Tourism has not yet overwhelmed this area, so you can find nice and quiet beaches. 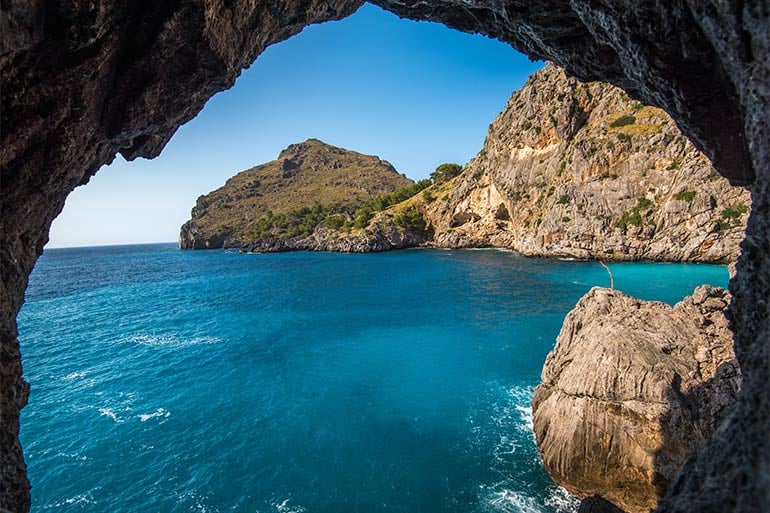 Andalusia has many beaches all the way till the border of Portugal. It goes from the warm Mediterranean waters over in the cooler Atlantic Ocean.

The Costa de Almería starts in Mojacar and reaches to Adra in the Andalus región of Almería. It is not famous for mass tourism but has great nature reserves like Cabo de Gata and it is a well-known area for the Spaghetti-Westerns.

The Costa Tropical goes from Adra till Almuñécar. Tropical because of the tropical fruits that grow here like bananas, avocados, pineapple, mango and papaya. The temperature is mild during the year.

The Costa del Sol is 300 kilometers long and has very popular beach-cities like Málaga, Marbella and Torremolinos. It starts in Almuñécar and ends in Sotogrande.

Estrecho de Gibraltar or Strait of Gibraltar is British and is the closest to Africa. The coastline goes from Sotogrande till Cádiz and where the Mediterranean and the Atlantic Ocean meet is often a lot of wind. Tarifa is a (wind)surfers paradise.

Beautiful Costa de la Luz or coast of light reaches from Cádiz till the border of Portugal. It counts 3,000 sun hours a year that reflects on the water and the white sand beaches.

In the North of Spain is a rough coastline, which is called the Costa Verde or green coast. The Bay of Biscay is known for its high waves and is a true (wave)surfers paradise.

Costa Vasca starts in France and reaches out in Muskiz. Playa de la Concha in San Sebastian, Playa de Fuenterrabía and Playa de Zazauz are the most famous beaches. It has some great sand beaches and steep cliffs.

Cornisa Cantábrica is the green coast and some say it is the whole north coast. Here we assume it goes from Muskiz till Val de San Vicente, where you enter the Picos de Europa. Santander is the main city in this area.

Costa Verde starts in Val de San Vicente and goes to Ribadeo in Galicia. Llanes and Gijón are important cities on this coast area. It rains often in this area that makes the vegetations extremely green. 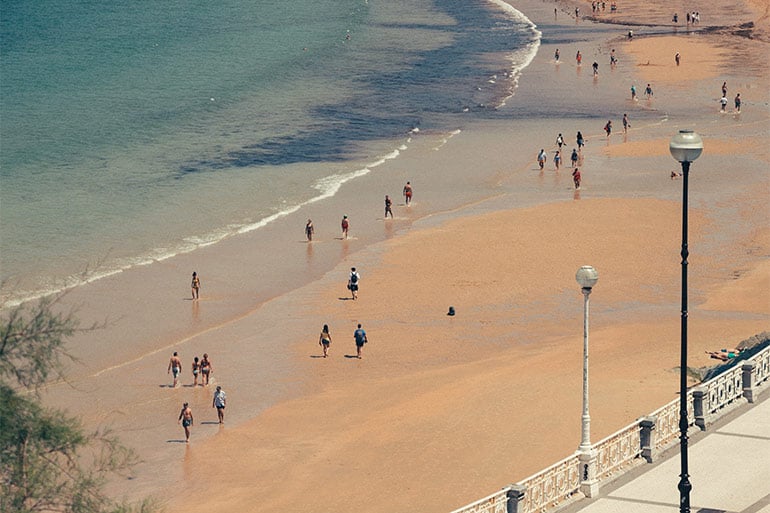 Here the Cantabrian Sea leads into the Atlantic Ocean. This west coast has wonderful beach towns and typical culture and traditions.

Rías Altas in Galicia is known for the great seafood and good wines. The coastline goes from Ribadeo till Sada. The famous Playa de las Catedrales can be found here. With low tide you can walk under the natural arches formed by the sea.

The rivers Mero, Mendo and Mandeo mouth in the Golfo Ártabro which leads from Sada till the city of A Coruña.

Costa da Morte leads from A Coruña till Riberia. The name comes from the many shipwrecks that have been drifted ashore. The rocky coastline breaks the waves from the Atlantic.

Rías Baixas is a serie of four outlets from the rivers and it starts in Riberia and ends in Portugal.

If you love the sea, Spain is the country for you because of the diversity. Everyone can find their own perfect seaside spot on the Spanish coasts.