All about the flu vaccine for babies in Spain

Nowadays, “vaccine” has become a buzzword due to the COVID-19 pandemic. As the pandemic nears its two-year anniversary of strict lockdowns and varying levels restrictions in Spain, there’s definitely a collective sigh of relief that modern medicine, a society that tends to receive vaccinations with little public aversion and two years of viral knowledge are allowing society to gradually return to pre-COVID life.

But just because there is good news about COVID-19 doesn’t mean that there aren’t other contagious diseases still circulating. In the winter months, the common cold and the seasonal flu cause both hospitalizations and deaths. The best way to reduce the risk of the flu and potential complications is by getting vaccinated yearly with the flu vaccine for babies.

Vaccines for children in Spain: an overview

For the most part, Spanish children receive vaccinations regularly in a safe and cost-free manner, and families vaccinate their children. All inoculations are recorded in what’s known as a cartilla de vacunación, or a baby vaccination card. This record is usually administered to a family at birth or during the first well child check-up and contains a visual representation of a child’s inoculations through age 12.

That said, the flu virus is not included on the vaccine calendar but is free of charge. 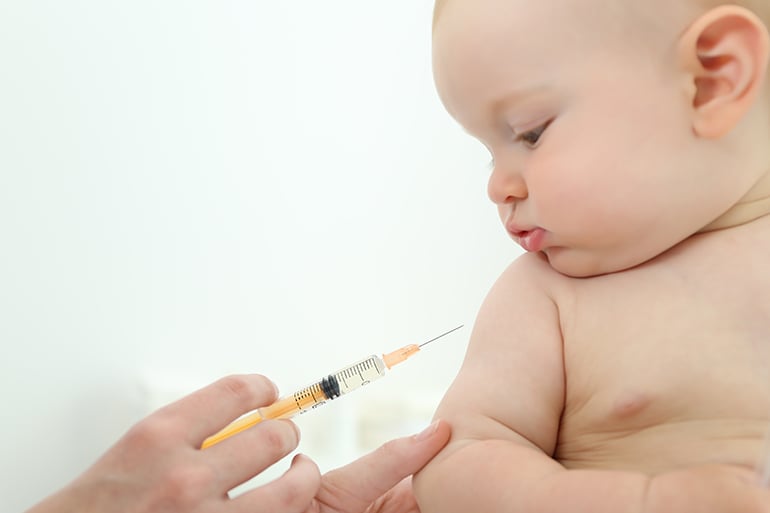 What is the flu vaccine?

Because the seasonal flu is, indeed, a contagious respiratory virus, it mutates and thus changes from year to year. For that reason, doctors will recommend that the vulnerable population – which includes young children – consider getting jabbed for the flu. The flu vaccine is widely recommended for anyone from 6 months to 65 years old.

The vaccine is developed yearly in order to protect against those influenza viruses that are projected to be the most common during the season, which is roughly October through March. In the United States, for example, the flu vaccines are known as quadrivalent because the protect against the four most common strains of influenza A (H1N1 and H3N2) and influenza B. Common side effects of the vaccine are similar to that of a flu – fever, muscle aches, headache and tenderness at the injection site.

In Spain, the flu is estimated to be lethal in 2,000 to 3,000 people each year; the regional health authorities in all autonomous communities of Spain typically begin the campaign for flu vaccines for babies and all other eligible demographics in September or October.

Anyone over the age of six months and without severe health complications are eligible to receive the flu vaccine for babies.

Children should get a yearly flu vaccine for two reasons: one, a person’s immune protection from vaccinations declines over time and two, flu virus composition mutates often. On a societal level, vaccination can also reduce the risk of others contracting the flu.

For this reason, doctors urge that the entire eligible population be vaccinated annually.

Where can one get the flu vaccine for babies in Spain?

The flu vaccine is administered free of charge and can be delivered orally in a spray or as a shot. If you are in the public health system, simply make an appointment. If you have private insurance coverage, ask your pediatrician about the protocol for the flu vaccine for your child. Be aware that you may have to pay up front and receive reimbursement at a later date in this case.

Risks and benefits of the flu vaccine for babies in Spain

On the whole, flu vaccines are thought to reduce the severity of illness, including in children. There is a small risk of Gillian-Barré syndrome or an allergic reaction. The weakened virus present in flu vaccines is constructed using an egg-based manufacturing product, which means that those with an egg allergy should not get the vaccination at any age.

You should also not vaccinate your child if he or she has a fever or other flu-like symptoms prior to receiving the shot. The flu vaccine does not cause the flu. 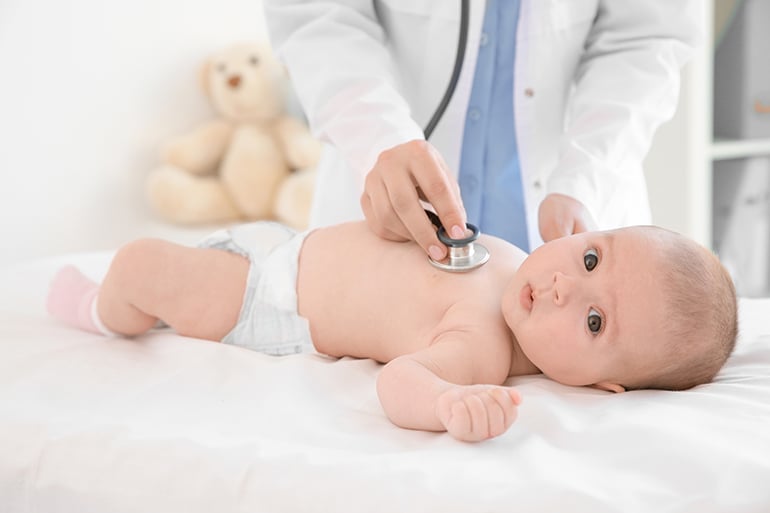 I’m pregnant. Should I receive the flu vaccine?

Yes. Doctors in Spain will urge all women who will be pregnant during the height of flu season to get vaccinated. Not only do the antibodies potentially pass to the fetus before the baby is eligible for the routine jab but vaccination reduces the risk of flu-associated acute respiratory infection in pregnant women by about one-half according to a study done with a sample of nearly 20,000 pregnant women (source).

Are the flu vaccine and the COVID-19 vaccine compatible for young children?

Ideally, children should receive the vaccine against the flu around the time when the season starts, in October or November, and it should be administered in the morning hours whenever possible. It takes about two weeks for the dose to be fully effective and create antibodies.

If a child has never received a flu shot, your pediatrician might recommend that a second dose is administered at least four weeks after the first shot.

At the time of publication, children from age 5 can get vaccinated against COVID-19 thanks to successful clinical trials, and Spain is vaccinating children while adults are receiving their booster shots. In some countries, children are eligible to get both the COVID-19 vaccine and the flu vaccine in one appointment, though in Spain these inoculations are happening separately for the time being. There is no additional risk for having the vaccinations at the same time.

As a parent, the health and safety of my children is a concern, especially as they are of school age and exposed to a myriad of germs on a daily basis. We have well child appointment in January each year, and the advice from our pediatrician is the same: vaccinate your children against the flu to protect them, ourselves and those in our circles. The benefits of the flu shots outweigh the discomfort that they may cause.