How to pay car tax online in Spain

Buying or renting a house in Spain: Which is better?

Getting an American Passport for Your Baby in Spain

Cinthia Prida: An Argentinian living all over Spain

After a long week of hard work, school, university or seeing the same things in your city, it is time to take a breather and let your hair down. Escape from the daily grind and see what else is on offer. But what does Spain have to offer compared to its European neighbours? In short, 300 days of sun a year. Families can plan a short trip for the weekend knowing that they’re guaranteed to have luscious weather.

Every country has its own marvels and wonders, sights that make them stand out from the rest. Spain is no different. When you live on Spanish turf, you often feel like you are living in a marvelous past decade mixed with unique beaches and amazing dishes.

That’s why we wanted to share with you 5 top places to escape to if you want to round off the summer in style with friends, family or perhaps for a romantic getaway trip. 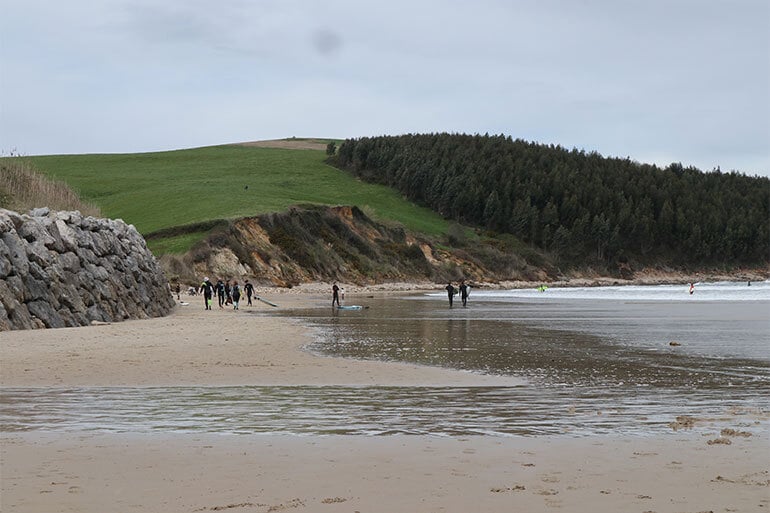 Looking for paradise? You’ve come to the right place! There’s no other word that can perfectly define this unique place in Mallorca. It is one of the beaches on top of everyone’s list, especially if you’re on the hunt for artistic inspiration. 38 kms from Sóller, after passing through a string of roads following the picturesque cliffs, you’ll come to one of the most precious places in Spain.

Covered in sand and gravel, it is the perfect Spanish landscape. It’s easier to get there by boat than car, and the roads are some of the most dangerous of the region due to their winding and twisting routes.

Up north in the Cantabrian autonomous region, there’s a hidden treasure next to the precious Cantabrian Sea. It is one of the few places where Gaudi’s artistic work can be found outside of Catalonia. The “Capricho” is the main masterpiece in Comillas, and was finished in 1885.

The old University Pontificia of Comillas, now the Cantabric foundation center, resembles the Harry Potter castle and is one of the main stand-out centers around the town. It is perfectly symmetrical and can be found at the top of a hill, right next to the sea.

Comillas is one of the most traditional Spanish places to spend the summer, unlike many well visited cities, where you can taste the amazing Spanish gastronomy by the port with the sound of the waves in the background. It is definitely somewhere you don’t want to miss.

If you are looking for some historic locations, Málaga is home to a Roman and Islamic paradise called Ronda. It is one of the oldest cities in Spain and can be found on a plateau 750 meters above sea level.

It has an amazing history stretching back into the Neolithic Age, making it one of the must-see places you absolutely can’t miss if you are living in Spain. It is also one of the best places to enjoy some unique views of the canyon on which the city is built. It is known as the Dream City of Málaga because of its location and the feeling you get when you first arrive in town and gaze down from the bridge. 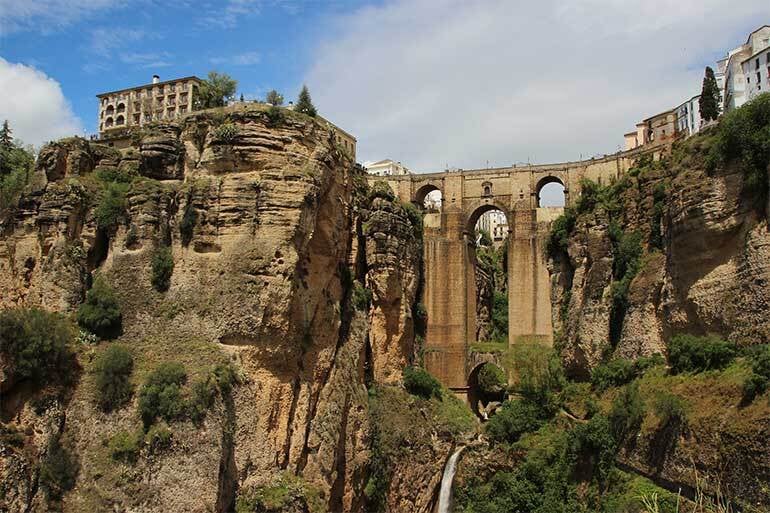 Located in one of the eastern-most parts of the Spanish peninsula, it is part of Catalonia and one of the most well known towns of the Costa Brava. It is another hidden paradise filled with beautiful beaches and amazing traditional Spanish gastronomy.

Some will say that is incredibly special for cadaquensecs, but even more special for those who don’t live there. Tourism is the economic heart – and the reason why many foreigners feel at home, as they’re treated as if they were at home. The old part of town is a dreamy place to spend most of your visit: get lost in the maze-like and feel like you’re part of a romantic movie.

You can also visit de Casa Museum of Salvador Dalí, which was the house where the artist spent most of his lifetime.

For more plans to enjoy along the Costa Brava, check out our post here.

It is one of the seven lagoons to be found in the region of Cuenca and known as the gypsy lagoon because of its hypnotic beauty. In the summer, you can enjoy the range of tones of green that the waters reflect.

It comes with a tragic romantic story, from the two lovers that gave these colors to the lagoon. The legend says that one of them threw herself into the waters, desperate for love.

It is a place surrounded by nature, for those who enjoy spending their summers in the middle of the forest, not only enjoying the sounds of the earth but also digging through the secrets of these 7 lagoons and their romantic tragedies.

After a long and hot summer, most of us are in need of a little relaxation and some culture, and Spain is the perfect place to be. No matter the plan you’re after, you’re sure to find something to kill your curiosity, and we hope our list of 5 perfect getaway trips will help you along the way.

10 Things to Do in Valencia with Kids