One of the Top Things to Do in Valencia: City of Arts & Sciences

Even if you haven’t been to Valencia yet, you most likely have seen pictures of the series of iconic buildings by the architect Santiago Calatrava. Six gigantic futuristic buildings in white and blue together are the City of Arts & Sciences in Valencia, and it's my plan for one of the best things to do in Valencia.

Santiago Calatrava was born in Valencia and he is also known for the Turning Torso in Malmö (Sweden), railway station in Liege (Belgium), Museum of Tomorrow in Rio de Janeiro (Brasil), World Trade Centre Transportation Hub in New York City (USA) and many more.

Your best bet for fun things to do in Valencia: The City of Arts & Sciences

The City of Arts & Sciences isn't just a Valencia science museum, as commonly thought. In fact, it's a collection of 6 venues that you can explore inside and out. Below, learn about each building and discover what you'll find in all 6!

The Hemisfèric (1998) is an IMAX cinema with a dome of 900 square meters. The 50-minute documentaries make you feel like you’re there exploring the world yourself. The building is also called: ‘the eye of wisdom’.

The Valencia Science Museum (2000) is an interactive museum, where children can learn science by experimenting themselves. New technologies are explained by a diverse scale of exhibitions throughout the year. 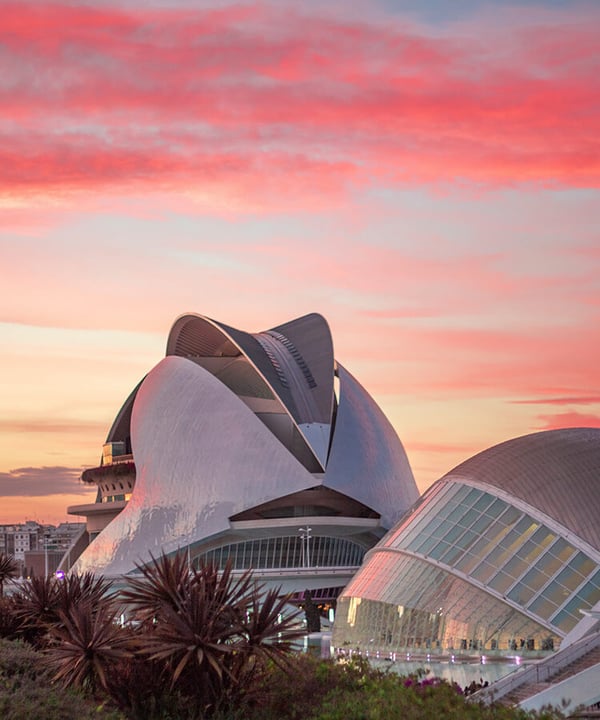 The Umbracle (2001) is an open-air club. From May till October the party goes on from midnight till the early morning. This is together with the discotheque Mya the most popular place to be at night.

The sea aquarium is called Oceanogràfic (2003) and is the biggest sea aquarium of Europe. Different parts of the park show different ecosystems. You can visit: the Mediterranean, the Wetlands, the Temperate and the Tropical Seas, the Oceans, the Antarctic, the Arctic, the Islands, the Red Sea and the Dolphinarium. There is a sea turtle recovery centre, they organize days to pick-up trash from the nearby beaches and they educate people about the seas and its inhabitants. 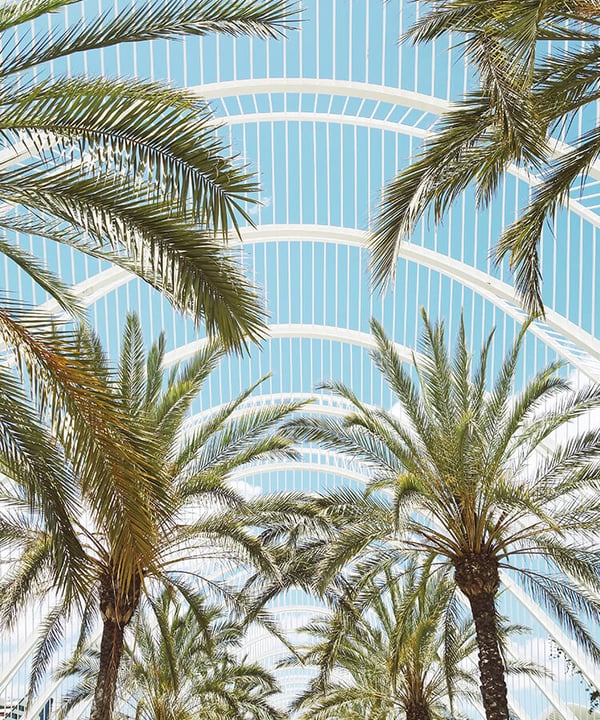 The Palau de les Arts (2005) houses Valencia’s Opera and it is Calatrava’s masterpiece in Valencia. You can join a guided tour in the mornings or combine a visit with a rehearsal. In the evenings you can also see a performance.

Ágora (2008) is a multifunctional event hall. In the first few years they hosted the ATP tennis tournament, the Valencia Fashion Week, concerts and exhibitions. Since a few months they made agreements with the Centre Pompidou in Paris to exhibit work here in the Ágora. You have to wait till 2021 to visit this work, after they have done the necessary renovations.


You can buy combined tickets for the best prices. Buy them online to skip the line. It is open 365 days a year. There is a public parking. Not only inside the buildings, but also the surroundings are worth a visit. Every few months the change exhibitions. Come and see for yourself, it truly is one of the top things to do in Valencia!