Spain is probably part of Europe’s top-3 countries for nature, and thus hiking lovers. We could have written a dozens pages long essay on the topic, but – much on the contrary and having given it good thought – we have decided to make a hard pick and recommend the best five options: Cañon del Ebro, Cascada de Arón, Caminito del Rey, Birth of the Mundo River and Bosque de Oma. On purpose, they’re not necessarily the most well known routes…

Wondering where the Best Hikes in Spain are?

The Oma forest, also known as The Painted Forest, is located near the Biscayan town of Kortezubi. Its name comes from the artwork made by the painter and sculptor Agustín Ibarrola, who performed his work directly on the trunks of the trees. His work only makes sense from certain angles, since the figures are painted on several trees.

The 7km long hiking trail starts in the town of Kortezubi, near the Santimamiñe caves, and it will take approximately 45 minutes to reach the painted forest walking through the Oma Valley, an isolated, quiet and beautiful site, surrounded by green pastures and lush forests that allows us to contemplate one of the quietest and most unique prints of Bizkaia. The trail is completed in approximately 2 hours, plus the time spent observing the forest, closing the circle and returning to the starting point. 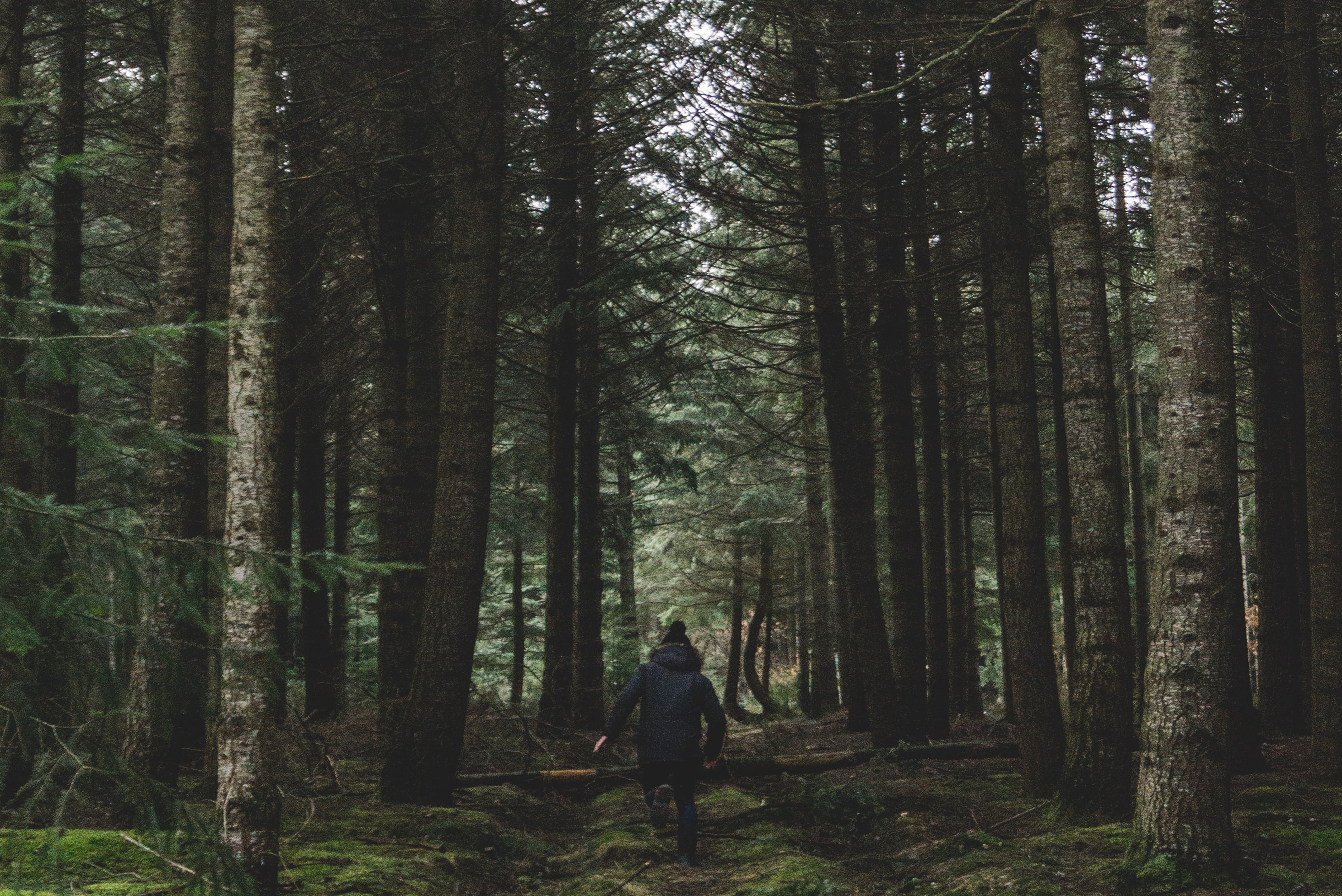 Cascades Of The Birth Of The Mundo River

The Natural Reserve of the Birth of the Mundo River is of an impressive beauty and is another of the best hikes in Spain. The water of the rain and snow cause the birth of the river to take place. The water passes along the galleries and caves until it finds an exit point in the so-called Cueva de los Chorros, where it falls more than a hundred meters high, forming an impressive waterfall.

The hiking route of the birth of the Mundo River is a route of certain difficulty and not suitable for people with vertigo.

The distance of the route is rather short, since it’s only a 4 km round trip, but due to the difficulty, the duration of the route can be approximately 2,5 hours. At the end of the path up the mountain, there is a cave, so it is recommended to carry a flashlight to enter, although it is very dangerous and access is restricted.

The route begins on the esplanade of the birth of the Mundo River, with an impressive view of the water streams. The path begins with a climb of up to 60% of slope, and after about an hour, we will be on top to connect with a flat but very risky path, since it is very narrow and always borders the precipice. Once the tour is over, we find a great surprise, the Cueva de los Chorros, an impressive cave where the river is born. The cave is dark and cold and will make you think twice whether to enter or not. The cave can be visited over a distance of about 150 meters, since from there it is quite dangerous for the inexperienced hiker.

Once the cave is visited, the return will always be done along the same path without losing the signs.

Route of the Ebro Canyons

It is one of the most typical routes in northern Burgos. The trail runs through the deepest part of the gorge along the river and visits three picturesque villages: Valdelateja, next to the Rudrón River, Pesquera de Ebro and the depopulated town of Cortiguera (now in recovery).

The canyons have a depth of between 200 and 300 meters depending on the site and the crossing runs through a privileged natural space dominated by oaks and holm oaks.

Our inseparable companion on this route, which will be completed in about 4 hours, will be the Ebro River.

In the first part we enter the beautiful forest of the Rudrón riverbank. At times, the vegetation clears and the walls of the canyon become visible and many other times, the forest will be very dense, and will give us the feeling of being in a tunnel. Once we are approaching the town of Pesquera, we will have greater visibility, as the valley softens out and opens. After crossing and visiting the town, we will cross the medieval bridge over the Ebro river and continue along the road until we reach the indication of Cortiguera, which we’ll follow.

Once on the trail, the route takes us to the abandoned town of Cortiguera, a very nice place but that over time has been semi-destroyed.

We leave Cortiguera and gradually ascend the canyon, where in the upper part we will have stunning views of the river.

Further on, the path changes direction and heads south where we will take the path indicated on the right, which will take us through a holm oak forest to the top of the canyon, right in the upper part of Valdeteja, with postcard views.

This is one of the most accessible and beautiful routes for the little ones, located in the province of Cantabria, ending in an impressive waterfall.

The route is about 7 km long and a height difference of 200 meters, taking approximately 2,5 hours if you travel with children (round trip).

The route will begin with a sign at the end of the village of Asón, and once on the path, we will have to be attentive to the white and yellow signs.

Special care must be taken with the gates, as pastures and fences will be crossed for cattle, having to open and close gates so that they do not escape.

We will continue along the path until we find a sign that will indicate the direction of the waterfall. This section will be the most complex due to the large number of rocks and trees. Once we get closer to the waterfall, you will start to hear the sound of the water, where finally, at the end of the path, we’ll face to face with this impressive feat of nature.

El Caminito Del Rey is without a doubt the most famous of our top-5 of best hikes in Spain. Located in the natural reserve of the Guadalhorce region it offers 7.7 km of adventure, of which 2.9 km are walkways. It takes approximately 3 to 4 hours to complete.

Its name comes from the visit in 1921 of King Alfonso XIII. Although the path remained closed for fifteen years until in 2015 it was rehabilitated and reopened. The trail has its origin at the beginning of the last century, between 1901 and 1905, located between the municipalities of Álora, Ardales and Antequera. It was built due to the need of the Chorro Hydroelectric Society to open a passage for the workers having to transport material.

The walk ways, due to their danger, are the best known feature of the path. The distance between the entrance by the control booth and the exit is 2.9 kms, of which 1.5 km are walkways and 1.4 km of path or forest track. But at these distances we must add 2.7 kms. of path from the north entrance and 2.1 kms. from the southern entrance to the control booths.

Keep in mind that the road is only one-way, so when hiking it, you should organize your return. To do so, there are buses between the entrances, which will take you back and forth for less than 2 euros.

And now that you know the best hiking trails in Spain, what are you waiting for? You can also discover rock climbing in Spain in the guide below: